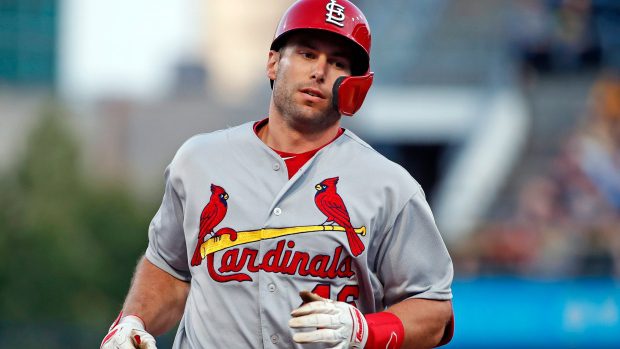 Money Line: Cardinals OFF / Cubs OFF

(Find the Best Sportsbook Bonus - Get 100% on your first deposit through one of our SPECIAL deals!)

The Chicago Cubs host the St. Louis Cardinals on Saturday, June 4th at Wrigley Field. The first pitch in this matchup is scheduled for 01:20 ET. The MLB Odds Board places Chicago as the favorite (OFF), with an OU line set at OFF.

In St. Louis’s last game vs the Cubs, the Cardinals came away with a 14-5 win. For the game, St. Louis’s pitching staff allowed 5 runs on 11 hits. The Cardinals lineup had a good night at the plate, coming up with 15 hits, leading to 14 runs. In the matchup, St. Louis was favored at -110.0 on the moneyline. Through 30 games as the favorite, the team has found the win column at a rate of 67.0%. With the over-under line set at 8.5 runs, the Cardinals and Cubs combined to go over this total. This result is part of a larger trend, as St. Louis has had the over has hit in more than half of their games (26-23-3).

Chicago is coming off a 9-run loss to the Cardinals. Dropping the game 14-5. Chicago’s pitching staff gave up 15 hits, leading to 14 runs for the Cardinals. At the plate, the Cubs scored 5 times on 11 hits. Leading into the game, Chicago was the betting favorite at -110.0. So far, the team has won 42.0% of the games in which they were favored. The Cubs and Cardinals went over the run total line set at 8.5 runs. Overall, the team has gone over the betting line in over half of their games, going 26-23-3.

For the Cubs, starting pitcher Matt Swarmer did not factor into a decision in his first outing. Currently, Swarmer has a strong ERA of just 1.5 while pitching an average of 6.0 innings per outing. Hits have been hard to come by against the right-hander, as his batting average allowed is just 0.217. Despite a strong batting average allowed, he did give up 2 home runs against Milwaukee. Swarmer has a strikeout percentage of 25.0%

For the season, the St. Louis Cardinals and Chicago Cubs will be playing their 3rd game of the season. Today’s game will be a rubber match for the two teams, as St. Louis and Chicago each have 1 win. The over-under record in this series sits at 2-0. The average run total in these games is 9.0 runs per game. In these matchups, the average scoring differential sits at 5.5 runs. Going back to last year, St. Louis won the season series, 10 games to 9. The over-under record in last year’s matchups was 10-9, with the average run total being 9.0 runs per game. On average, the winning team won by a margin of 3.11 runs per contest.

Today’s NL Central matchup between St Louis and Chicago features two pitchers without much starting experience. So far, Packy Naughton has made just 2 starts for the Cardinals, while Matt Swarmer is making just his 2nd appearance in the big leagues. Look for the Cardinals to pick up a win in game 1 of the double header. On the season, St Louis is 10th in batting average and 12th in home runs vs. right-handed pitching. I expect them to give Swarmer a tough time on the mound.

Free MLB Pick: Cardinals Moneyline. Bet your Cardinals vs. Cubs pick and ALL your MLB bets for FREE this week by taking advantage of a 100% REAL CASH bonus on your first deposit up to $500 when you use bonus code PREDICTEM at Betnow Sportsbook!