In the first official weekend of the college football season, ACC rivals meet in Chestnut Hill when Boston College welcomes Virginia Tech to Alumni Stadium. The Hokies hold an 18-9 in all-time advantage versus the Eagles including a 9-4 record when playing in Boston.

These two squads met back in 2016 with Arizona winning 47-28 but failing to cover the spread as a 23.5 home favorite. This time around they’ll be playing in Hawaii a tough place to win and as an 11-point favorite the dog may offer some value. Dan Jamison digs into the match-ups and gives out his betting prediction. 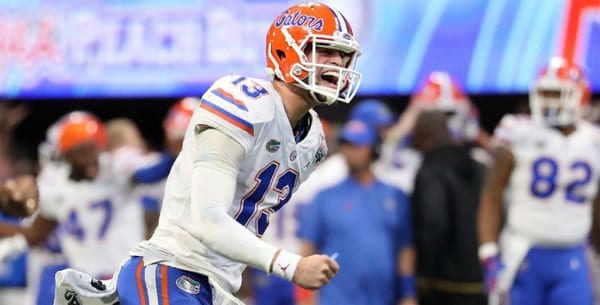 The Florida Gators and the Miami Hurricanes kickoff the 2019 college football season with a neutral site game at Camping World Stadium. The CFB betting board has the Gators as a touchdown favorite over the ‘Canes with the total line of 47.5. Check out Dan’s betting insight and get his point spread pick.

Last season the Wolverines finished with 10 wins starting the regular season with a loss and ending the season with a loss. The defense will have some big shoes to fill with three players taken early in the draft, but there is talent on the roster that can step up to fill the void. The O/U wins line is set at 9.5 so Michigan bettors only need them to match last season’s win total. CFB handicapper thinks he has this team all figured – Get his forecast.

The Buckeyes won 11 games in the regular season last year (11-1) so with the 2019 win total line set at 10 games that doesn’t leave a lot of room for error. Ohio State has a lot of question marks starting with a new head-coach Ryan Day and Georgia transfer QB Justin Fields who rode the bench last season. NCAA football handicapper Dan Jamison projects how he thinks the OSU season will pan out and gives out his O/U pick.

The Texas 2019 team season wins line is set at 9.5, so a repeat of last season’s ten wins will have over bettors cashing their tickets. However, the Longhorns return only three starters to defense, but that may be balanced out by a favorable schedule. Mike Mann weighs it all out and gives out his opinion on which side of the total line he believes will get you the money. 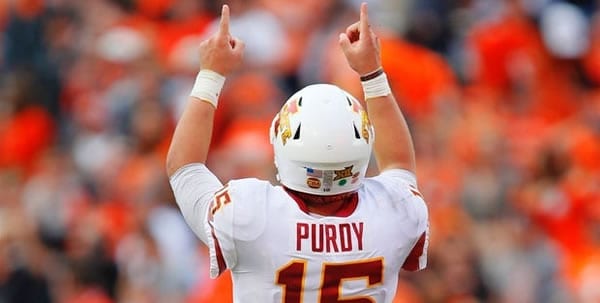 Will the Sooners dominate again this season and hit boxcars in wins in 2019? Can Iowa State improve off their 6-3 Big 12 record and improve on their 2-2 mark in non-conference games? College football handicapper Mike Mann gives out his analysis and recommended over/under for each Big 12 teams win total line.

Betting on “Player to Win the Heisman” is a cheap and fun way to enjoy the college football season. For a mere dollar, you can stake the player(s) you believe will win the coveted award for college football’s best player and get paid “plus money”. Tua and Trevor Lawrence come in as heavy favorites. Don’t count out Travis Etienne at 30-1 though, as he may be the steamroller on the nation’s best team. Get Jamison’s value picks.

Georgia has won 11 games in back to back seasons and with the season win total line set at 10.5 they’d need to do it again for OVER bettors to cash their bet. The Dawgs avoid Alabama and they only have four true road games on their schedule, so it wouldn’t be a reach for them to hit 11 again. Dan evaluates the team and the 2019 schedule and gives out his pick to bet.

The Irish have only five road games on the 2019 schedule, but two are against teams that are ranked higher than them. Notre Dame has been dismal under HC brain Kelly going 1-9 over their last ten road games against ranked opponents. Can they turn it around this season? Get Mann’s best bet pick on this Team Wins O/U wager.

The Sooners will be going with a new QB in 2019, but it’s not some wet behind the ears rookie. Bama spot starter Jalen Hurts comes in as a transfer so Oklahoma may not miss a beat. Read on to get our cappers’ in depth look at this season’s schedule and how he thinks the QB transition will play out versus the team win number.

Football handicapper Mike Mann gets you caught up on the personnel changes and the scheduling impact that come into to play in making his Clemson team season win O/U pick. 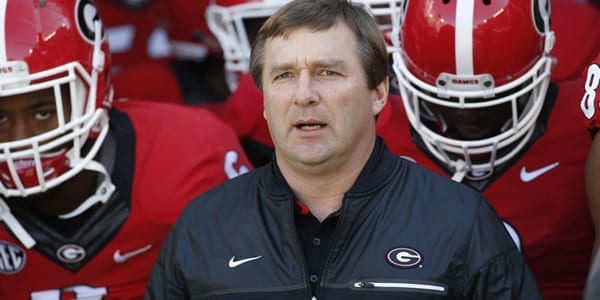 Looking for some football action? Handicapper Dan Jamison looks at the college football team win totals for the 2019 season and gives out his opinion on which side of the Over/Under he believes they will land.

Some of the betting sites have hung up odds to make the College Football Playoff and naming it CFB Final Four Odds. College football handicapper Dan Jamison deep dives into some of the key metrics of the top contenders and offers up his opinion on where the betting value lies in this interesting prop bet. 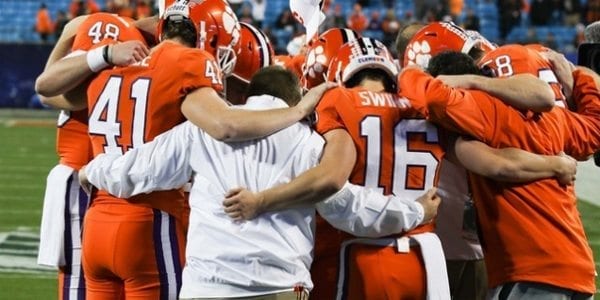 Offering Future bets before the college football season kicks off is nothing new for most betting sites. But, 5dimes Sportsbook is offering Bowl Game props. You might say, well, p[rops for which team will make a bowl games is another common preseason future bet. But 5dimes Sportsbook is offering futures prop bets on the bowl games themselves… as in what will happen in said games?! Will a team score 63 points? Will games go into overtime? Double OT? All props are on the menu! See the listed props and our pick for the best value plays!