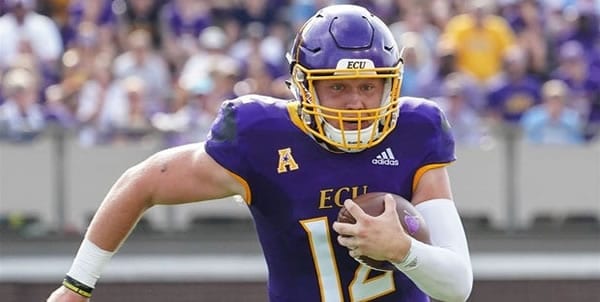 Temple rebounded nicely from their shocking 38-24 defeat to Buffalo as a -14 point spread road favorite to knock off Georgia Tech 24-2. Owls backers will have to lay double digits on the road again when they travel to East Carolina to take on the Pirates. ECU is fresh off their only victory against a FBS team this season beating lowly Old Dominion.

Northwestern shocked Wisconsin with a 31-17 win last season as a 3.5 point dog out-yarding them 349-329. The difference this season from last season’s club is the offense that has been held to ten or fewer points in two of their three games. Wisconsin’s D is scary holding three teams to a combined 14 points including two shutouts. Will Northwestern be able to score? Can the Badgers score 35 and get the cover? Get Ted’s against the spread pick.

A pair of Big Ten teams coming off bye weeks meet for their conference opener Saturday. Neither team was thrilled with their last showing. Be sure to check the status of PSU RB Journey Brown before betting this one!

Pac-12 college football has some GREAT games this week! With that being said, point spreads can be tough to beat when two good teams go head to head. While it’s always best to pass in these situation, Loot gives his take on who he thinks covers the bet.

The number 17 in college football (not pros) is a key number (common final score margin) and it’s no coincidence that we see the bookmaker taking side a half point under that figure. The Huskers’ are a live dog in Saturday NCAA gridiron action!

Mississippi was crushed 62-7 last season by Alabama and by the point spread (Bama -34.5) this go around the odds maker thinks we may see another blow out. Is there any value in backing Ole Miss with their uncertain QB situation? Read our handicapper’s thoughts and see what side of the line he’s getting down on. 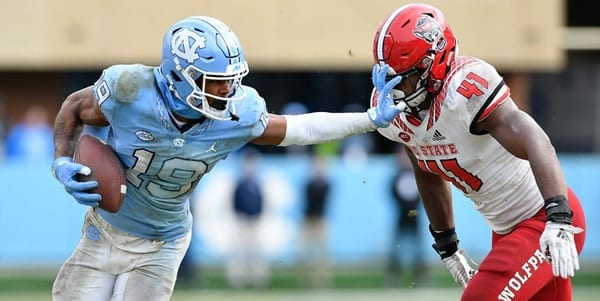 Jay Horne has been on fire in the early weeks crushing the sportsbooks with a 7-1 record versus the line. Get his ATS pick on the Clemson at UNC Week 5 game.

College Football Computer Picks We enter info into the database and the computer spits out it’s final score predictions. This tool should be used as a guide only however it’s very sharp when it comes to totals. Enjoy! (Weekly picks posted by late Friday afternoon or...

Navy hasn’t played much in terms of quality but they’re 2-0 and are rested coming into this game. The triple-option is tough to defend for most teams and Memphis knows that too well after falling to the Midshipmen 22-21 last season. Get Dan’s full analysis and Week 5 betting prediction.