The general betting public is biting on the bookie’s “sucker bet of the week” to the tune of 67% as the +1 point spread is too tempting. Unfortunately for them, they’re likely to have empty wallets Sunday afternoon as the Jags match up very well with this Saints squad.

Dallas was expected to rebound last week hosting Green Bay after a dismal offenive showing in the previous week’s loss in New orleans. Instead the offense played giveway with QB Dak Prescott tossing three intrerceptions. They now travel to East Rutherford to play the Jets at MetLife who should be a different team with Sam Darnold behind center. Jay thinks the total is the way to go here. Read on to get his O/U prediction. 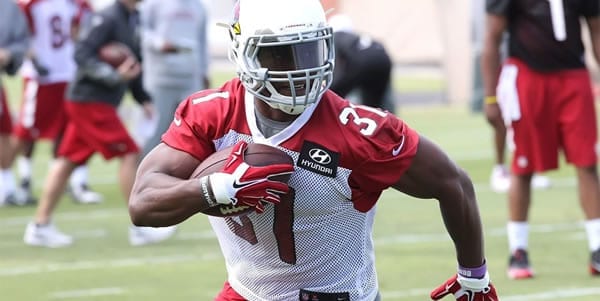 This Sunday the Atlanta Falcons and Arizona Cardinals will square off in a game of one win NFC teams. The Falcons are dead last in the NFC South at 1-4 while the Arizona Cardinals are also in the basement of their division, the NFC West, with a record of 1-3-1.

Something has to give when the Eagles take their first ranked rushing defense in yards per game and second ranked in yards per carry to face the Vikings third ranked run offense. NFL handicapper Keith Allen gives out his betting opinion and free spread play.

The Kansas City steamroller lost steam last week amassing only 13 points on 324 total offensive yards in a 19-13 loss to the Colts. It doesn’t look to get any easier with the Texans on deck with their quality pass rush and solid run defense. Get Keith Allen’s analysis and against the spread prediction.

As one who watched both the Bengals and Ravens games last week, it’s not tough to envision a bigger mismatch. The Bungles offensive line play is so horrible that I honestly believe that there’s a shot they may not even score a touchdown this week. I’m wagering heavily on this one!

Carolina continues to lean heavily on Christian McCaffrey which makes one wonder when this guy is going to break down. He’s seeing an unprecedented amount of snaps/touches this season. We may see a bit more passing in this one with Tampa’s run D being fairly strong and their secondary full of weak links. The OVER is worth a look here. Loot gives his take on who he thinks will cover the spread as well.

The Browns looked like absolute garbage on MNF at San Fran. Now they have to travel back home and play on a short week vs. a Seahawks team that’s coming off along week as they played last Thursday night. It’s tough to gauge a team that looked so good in destroying Baltimore and then getting snuffed by the Niners. Loot gives his take on the game, but the best bet may be to pass until we figure out who these guys are.

The Pats host the Giants on Thursday night in Week 6 NFL action. The Giants have been hard hit by injuries especially at the Running Back and Linebacker positions. New England has been dealing with some injuries of their own, but their defense has carried them. The big question isn’t whether the Pats will win, it is by how much and they’ll have to win big to get by the -17 number.