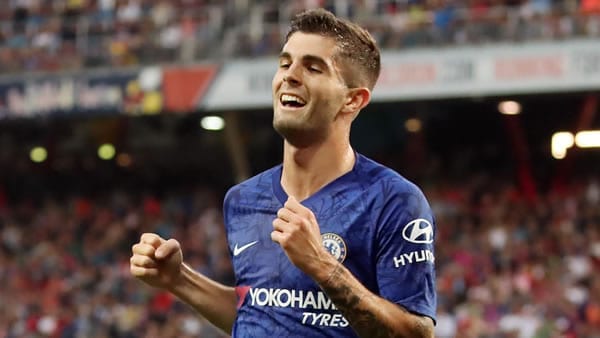 What started as a simple matchup between one team on the cusp of the Champions League and one team that’s already doomed has turned into a critical fixture for Chelsea. Monday brought news that Manchester City’s ban from Europe has been overturned, which means that now Chelsea finds itself in a three-way dogfight with Leicester City and Manchester United for the final two places from England in the Champions League.

As such, Chelsea’s margin for error is now absolute zero, given that the Blues still have to face Liverpool and Wolves down the stretch. The Blues screwed up royally on Saturday against Sheffield United, looking wholly overmatched in a 3-0 whitewashing. But Chelsea has been sensational at Stamford Bridge, and they get the right opponent now in Norwich City, which seemed to have given up on the season weeks ago. The Canaries were officially relegated on Saturday morning when West Ham United blitzed them, and they’ve managed just one goal in their past six Premier League matches. With nothing to play for, will Norwich have any motivation at all?

There’s a reason that Norwich is going to be playing in the Championship next season: it’s that the Canaries have been nothing short of a horror show since the restart. Norwich has dropped seven in a row in the Premier League and has been outscored by a ridiculous 16-1 margin over that stretch.

The Canaries’ biggest problem is that Teemu Pukki has basically been MIA since the restart began, and without him scoring goals, Norwich has no other options. Pukki has scored 11 goals on the year for Norwich, but he’s gone 11 matches without finding the back of the net. It gets worse from there for the Canaries: Todd Cantwell is the only other player in green that’s managed to score more than once all season.

And that’s before you get into the fact that for a club that’s being relegated, Norwich showed none of the fight that teams in its situation usually do. Bournemouth and Aston Villa will likely join Norwich in the Championship next season, but at least the Cherries and the Villains managed to pull out a win against a better side and show some determination to avoid relegation. Norwich just accepted the inevitable, and now has three meaningless games left before returning to the second tier.

When Chelsea gets to play at home, there’s been nobody better with the possible exception of Manchester United. The Blues have been outstanding at home since the restart, even besting Manchester City at Stamford Bridge. Away from home, it’s been a disaster, as emphasized by the loss to Sheffield United.

Things should be much better here as Chelsea returns to familiar surroundings. Playing at home should be significant for the likes of Willian, who has scored in both matches played at Stamford Bridge since the restart. But Chelsea really needs to get Christian Pulisic back on track, as the American has now gone three games in four without scoring a goal. Pulisic did find the net in the win over Crystal Palace, but a lack of consistency is the main reason he’s had a hard time earning the trust of Frank Lampard. If Pulisic is on the pitch and contributing, Chelsea becomes that much more difficult for opposing sides to defeat.

In a match like this, we’ve got to get creative to make some money. For me, the best bet on the board is Chelsea to cover the +2 goal spread at +110. Truthfully, I think this match could get incredibly ugly, and it wouldn’t shock me at all if Chelsea drops four or more on a Norwich side that has unquestionably quit on the season. Even taking Chelsea and over 3.5 goals isn’t that appealing, as you’re only getting even money for such a high target.

Luckily, I think there is a way to make money here: taking Chelsea to score two goals in the first half. The Blues are likely to come out fired up and ready to put a huge number on the board, and that means they should have no problem scoring at least two goals in the first 45 minutes. You’ll get +135 to take Chelsea over 1.5 goals for the first half, and that’s actually a very enticing number for something that’s probably going to happen.

If you want to get daring, I’d go a goal beyond the over and take over 4.5 goals at +200. Chelsea at Stamford Bridge is a terrifying proposition, and Norwich has shown no ability to stop anyone, including West Ham. I think the goals come early and often in this match, and I think Chelsea can definitely get to five goals on its own.

Here’s how big of a mismatch this is: Chelsea scoring more than four goals on its own is going off at just +375. The crazy thing is, I think that’s a valuable bet to take. Several casinos don’t even list scoring options higher than four goals per team because that’s not something that happens regularly in soccer. Here, it’s almost expected to happen.

And with Norwich City basically waving the white flag, I think that’s precisely what’s going to happen here. I don’t see this staying close at all, and I think Chelsea will be more than happy to bury as many goals as possible to try to get its goal difference up to the same level as Leicester City or Manchester United should the worst occur. I’ll take “any other score” at +375, with the expectation being that Chelsea easily goes over four. If your sportsbook gets more specific than that, I’ll take Chelsea to win this match 6-0 at +3300.