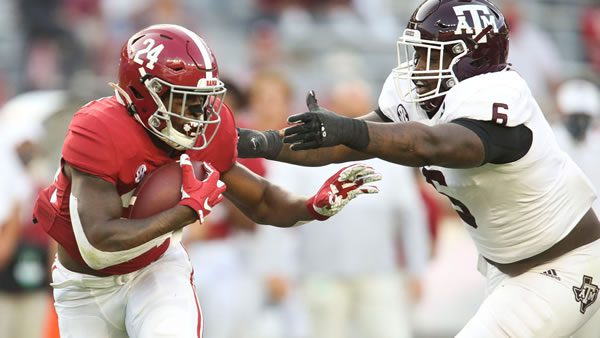 By now, college football fans are fully aware that Alabama replenishes talent like no other program in America. With just 11 starters returning from last year’s National Championship team, I am not entirely sold that Alabama deserves the nation’s number 1 ranking. The Crimson Tide offense lost their starting quarterback, running back, and top two wide receivers, who were all selected in the 1st round of the NFL Draft. Needless to say, Head Coach Nick Saban has extensive work to do in order to get this team in a position to make another run at the College Football Playoffs.

For Miami, it is a much different story. The Hurricanes return 19 starters which are among the more experienced teams in the nation. Senior quarterback D’Eriq King is the proven dual-threat playmaker that could be the next household name. In many ways, the 2021 Hurricanes just need to take that next step. They have all the returning pieces to challenge for the ACC Championship this season, and that experience could provoke challenges to Alabama right out of the gates. While I am not ready to put Alabama on upset alert in this Chick-Fil-A Kick Off Game, I do believe there is serious value with Miami getting nearly 20 points from odds-makers in a really intriguing opening day match-up where Alabama may be slightly vulnerable.

For Miami to keep this game competitive, they will have to play disciplined and tough along the offensive and defensive lines. Alabama will turn the keys to the offense over to sophomore Bryce Young. Stylistically, Bryce Young is a much different quarterback than the pro-style elite passing threat of former QB Mac Jones, who shredded defenses for 4,500 yards in 2020. Instead, Young will provide dual-threat potential, which needs to be successful to open things up in the passing game. If the Hurricanes can stymie the run game, which includes running back Brian Robinson, Miami’s defense may be able to put pressure on Young in obvious passing situations.

While that philosophy seems pretty simple, I don’t want it to sound easy. Alabama’s offensive and defensive lines are tremendously talented. OT Evan Neal appears destined to be a Top 10 pick in the 2022 NFL Draft. The entire line averages a cool 325 pounds, and you can expect Coach Saban to put a heavy focus on the power running game with Young behind center. The power running game and elite defensive play steered Alabama to several National Championships early in the Saban regime, and I expect that formula will be renewed in 2021.

With that being said, I still believe the Hurricanes can keep this game close, barring a defensive meltdown. I mentioned the playmaking ability of QB D’Eriq King earlier, but the entire Miami offense is solid. Running back Cam Harris has NFL potential and averaged over 5 yards per carry during the 2020 season. Meanwhile, the offense should get a boost with the addition of WR Charleston Rambo from Oklahoma. Rambo will join fellow senior WR Mike Harley to add some playmaking potential on the outside. As a result, I really believe this Hurricanes offense has the balance to compete with Alabama, especially if the Crimson Tide offense stumbles with their new talent. Ultimately, we just have to play the percentages in this game, and I see more paths to a Hurricanes cover compared to an expected Alabama blowout. For that reason, I will be backing the Hurricanes!

Typically, Alabama has been a great early-season team under Head Coach Nick Saban. However, I think this team will experience growing pains on offense, and this will be a great opportunity for Miami to keep things within reach. Take Miami +18.5. Where are you betting your college football picks this season? Does your bookie let you bet on games at -105 odds? NO he doesn’t! Dump your overpriced book TODAY and start saving big bucks by making the switch to BetAnySports! You’ll be so glad you did!