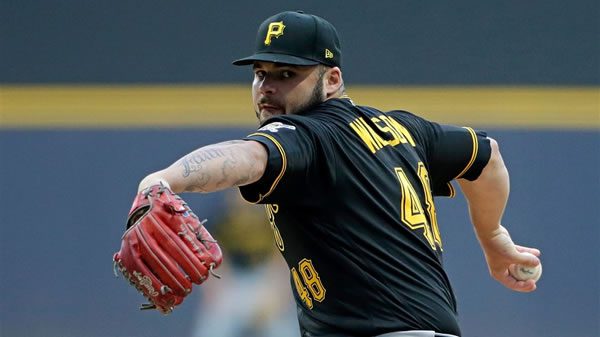 The Pittsburgh Pirates host the Chicago Cubs on Thursday September 22nd at PNC Park. The first pitch in this matchup is scheduled for 06:35 ET. The MLB Odds Board places Chicago as the favorite (-115), with an OU line set at 8.0.

The Chicago Cubs will send Javier Assad to the mound with an overall record of 1-2. To date, Assad has an ERA of 3.86 while lasting an average of 3.85 innings per appearance. Assad comes into the game with a batting average allowed of 0.242. Opposing batters have been able to drive the ball with power against Assad, averaging 1.17 homers per 9 innings pitched. Assad is in the bottom half of the league in strikeouts, averaging just 3.5 K’s per game. This includes a strikeout percentage of 20.0%. Throughout the season, Assad has avoided walking batters, allowing just 5.4 per contest.

Bryse Wilson gets the start for the Pirates, with an overall record of 3-9. To date, Wilson has an ERA of 6.07 while lasting an average of 4.5 innings per appearance. Opposing teams have hit the ball well against the right-hander, with a batting average of 0.301. Opposing batters have been able to drive the ball with power against Wilson, averaging 1.73 homers per 9 innings pitched. Overall, Bryse Wilson has struck out 15.0% of the batters he has faced. On average, he averages 3.05 K’s per game. For the season, he has struggled with command averaging 2.36 walks per outing.

Today’s matchup between the Chicago Cubs and Pittsburgh Pirates will be their 17th meeting of the season. Today’s game will be a rubber match for the two teams, as Chicago and Pittsburgh each have 8 wins. The over-under record in this series sits at 4-11. The average run total in these games is 8.84 runs per game. In these matchups, the average scoring differential sits at 4.88 runs. Last season, Chicago picked up the series win, 14 games to 5. The over-under record in last year’s matchups was 10-9, with the average run total being 8.84 runs per game. On average, the winning team won by a margin of 2.53 runs per contest.

Leading into Friday’s NL Central showdown, the Cubs have a slight edge on the moneyline. However, look for the Pirates to finally break out of their 7 game-losing streak as Chicago starter Javier Assad has cooled off after a strong start to his career. I like Pittsburgh on the moneyline at home.