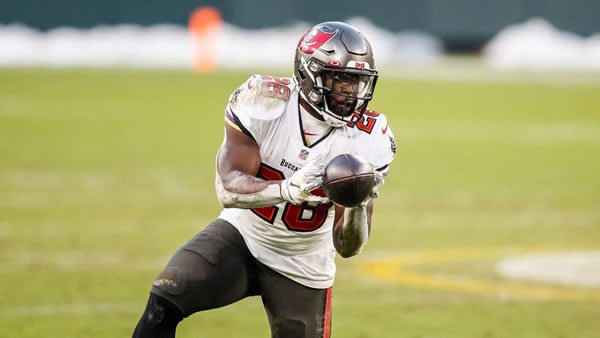 The Tampa Bay Buccaneers moved to 8-3 SU (5-6 ATS) with an impressive road victory against the Indianapolis Colts last week. Despite trailing for the majority of the game, the Buccaneers received a huge lift in the form of running back Leonard Fournette, who accounted for four overall touchdowns to help Tampa Bay pull out a 38-31 victory over one of the emerging contenders in the AFC. On Sunday, the Buccaneers return to NFC South action when they make the trip to Mercedes-Benz Stadium for a showdown with the Falcons as the Bucs look to replicate their 48-25 victory over Atlanta in week 2.

The Falcons snapped a two-game losing skid last week with a 21-14 victory over the Jacksonville Jaguars. The Falcons were struggling significantly on the offensive side of the football going into their week 12 match-up, with the Jaguars having combined for just 3 points in their previous two games. However, the Falcons got some help in the return of RB/WR Cordarrelle Patterson, who rushed for more than 100 yards with two touchdowns to lead the Falcons to victory. Obviously, the offensive concerns have not been eliminated by any stretch of the imagination, and Atlanta will need their best effort to keep things within reach of Tampa Bay on Sunday.

Admittedly, I have been strongly critical of Atlanta’s ceiling this season despite having some real talent at the skill positions with Patterson, TE Kyle Pitts, and previously WR Calvin Ridley before his season ended prematurely. The reason I have been so critical of Atlanta mainly revolves around their horrendous offensive line and their horrendous play on the defensive side of the football. The Falcons have been able to be “average” against opposing defenses that lack a consistent pass-rush which was the case last week against Jacksonville, who has the 4th worst pass-rush in the league in terms of hurries and sacks combined.

In this week’s rematch against Tampa Bay, the Falcons will not have that same luxury. The Buccaneers defensive front ranks #1 in the NFL against the run, and they do a great job of getting pressure on opposing quarterbacks, which has resulted in 27 sacks on the season. After giving up one of their worst performances of the season against QB Carson Wentz and the Colts, this is a perfect spot for the Buccaneers defense to wreak havoc against Atlanta’s front. Falcons QB Matt Ryan is having one of this worst seasons in recent memory, and I think the Buccaneers have the exact recipe to disrupt Ryan all afternoon, especially if they limit Cordarrelle Patterson in the running game.

On the other side of the ball, Tampa Bay may have found a missing piece to their offense last week in Leonard Fournette. While it was likely a single game standout, Fournette showed the ability to carry the Bucs offense on a relatively off night by QB Tom Brady. Obviously, the match-up gets much better for Brady this week with a healthy Chris Godwin, TE Rob Gronkowski, and potential return looming for WR Antonio Brown. Needless to say, the Bucs could have all of their weapons back for one of the juiciest match-ups of the season.

Jay’s Pick: The double-digit betting line is going to scare some, but this is a smash spot for the Bucs on both sides of the ball. Take Tampa Bay -11