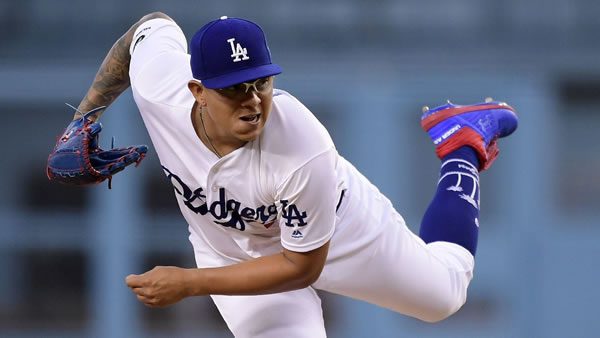 The San Francisco Giants host the Los Angeles Dodgers on Saturday September 17th at Oracle Park. The first pitch in this matchup is scheduled for 09:05 ET. The MLB Odds Board places San Francisco as the favorite (OFF), with an OU line set at OFF.

The Los Angeles Dodgers are coming off a 5 run win over the Giants by a score of 5-0. On their way to the victory, the pitching staff gave up 0 runs on 2 hits. The Dodgers benefited from an offense that generated 5 runs on 9 hits. Heading into their last game, Los Angeles was the betting favorite at -165.0. So far, the team has been the favorite in 139 of their games, winning at a rate of 71.0%. Together, the Dodgers and SF Giants stayed below the over-under line set at 7.5 runs. So far, Los Angeles has been a good candidate to fall below the betting line, as their over-under record sits at just 61-70-12.

San Francisco is coming off a 5 run loss to the Dodgers. Dropping the game 5-0. On their way to giving up 5 runs, the Giants staff allowed 9 hits. The Giants’ offense ended the game with just 0 runs on 2 hits. Leading into San Francisco’s loss they were the underdogs, getting 145.0 on the moneyline. In their 45 games as the underdog, their straight-up win percentage sits at 28.9%. Combined, the Giants and Dodgers’ run total fell below the over-under line of 7.5 runs. Now, San Francisco had an over-under record of 67-69-8.

The Los Angeles Dodgers will send Julio Urías to the mound with an overall record of 16-7. Through 27 appearances, Urías has an ERA of just 2.3 while averaging 5.64 innings per appearance. Hits have been hard to come by against the left-hander, as his batting average allowed is just 0.197. Opponents have been able to hit for power against Urías, as he has HR/9 figure of 1.18. In terms of strikeouts, Julio Urías has a strong strikeout percentage of 24.0%, including a per game average of 5.33. In his previous outings, walks have been an issue, as Urías is averaging 2.12 free passes per outing.

The San Francisco Giants will send Sean Hjelle to the mound with an overall record of 0-1. So far, Hjelle has put together an ERA of 5.73. In his appearances leading up to today, he has lasted an average of 2.75 innings. Teams have been able to rack up runs against him, as he has a batting average allowed of 0.277. Up to this point, Hjelle has a strikeout percentage of just 28.9% and a per game average of 3.75. So far, he is averaging just 3.27 walks per contest.

For the season, the Los Angeles Dodgers and San Francisco Giants will be playing their 18th game of the season. Los Angeles has the lead in the series at 13-4. Through 17 games, the series’ over-under record is 7-7, with the average run total sitting at 7.75 runs per game. In these matchups, the average scoring differential sits at 3.53 runs. Last year, the teams split the season series at 12-12. In these 24 meetings, the two teams combined for an over-under record of 11-12. Last year, the Dodgers and Giants averaged 7.75 runs per game. On average, the winning team won by a margin of 3.08 runs per contest.

In Saturday’s NL West matchup between Los Angeles and San Francisco, look for the Dodgers to come away with an easy win as the Giants figure to struggle against Julio Urias. The Dodgers’ right-hander has won 3 straight outings with LA covering the runline in each contest. I like Los Angeles to cover the runline.