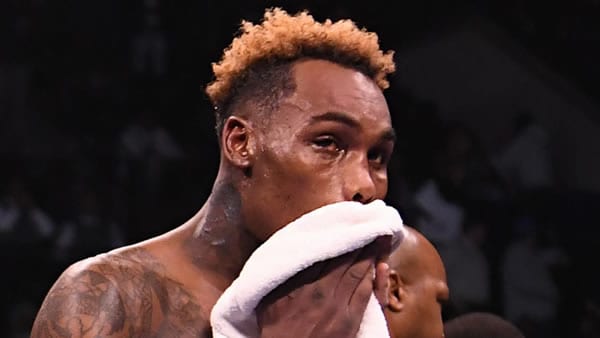 In a bout for all the marbles at 154 pounds, unified champion Jermell Charlo takes on WBO champ Brian Castano in a battle of 31-year old titleholders. The winner of this fight will have unified the weight class in a way that hasn’t happened, with all pertinent belts on the line in this one. In his last fight, Charlo unified the belts with an 8th-round KO of Jeison Rosario. Castano, meanwhile, was able to outclass Patrick Teixeira to win the vacant WBO strap. This win, however, would add his name to a long list of distinguished Argentine boxers who have achieved stardom.

Most boxing fans are highly aware of the Charlo twins and the work of Jermell. A tremendously well put together 154-pounder at nearly 6 feet with a 73-inch reach, Charlo was cruising along nicely and stacking up wins until he ran into Detroit’s Tony Harrison, losing the bout at least partially due to apathy. He just didn’t have the fire that night and proved that by spanking Harrison en route to an 11th round TKO in late 2019. Then against Rosario, a champ in his own right, he ended the fight suddenly with a sickening jab that dug into Rosario’s solar plexus, instantly ending the fight. He is a dangerous fighter who can end a fight suddenly but can also box with the best of them.

Castano is the lesser-known quantity. But he is certainly not without merit. And the way people are looking at Castano now is the same way any number of great fighters from Argentina were perceived—before they did great things. And the list is long enough that you can’t discount a high-quality fighter from this great nation. Especially when that fighter had an illustrious and successful amateur career and then is unbeaten as a pro. Having been near the top of the division for several years, Charlo has faced the better people. But Castano has actually been in pretty tough for a fighter with 18 pro fights. He has been in there with contenders Michael Soro, Wale Omatosa, Teixeira, and the excellent ex-champ Erislandy Lara.

BET THE CHARLO VS. CASTANO FIGHT FREE! SIMPLE DEPOSIT $100 AND YOU’LL RECEIVE AN EXTRA $100 CREDITED TO YOUR BETTING ACCOUNT AT BOVADA!

Against Lara, we got to see the two sides of the coin of Castano. Let’s remember that even though he’s a little older, Lara is not an easy guy to fight. Not even Canelo could definitively defeat the slick Cuban. So maybe we shouldn’t take Castano to task for a draw that could have gone to Lara on the basis of cleaner punching. Castano made the fight, was aggressive, and had superior output, but he just couldn’t land cleanly often enough against the veteran standout. And his win against Soro was only a split decision. In other words, he has been tested, but the grade on those main exams doesn’t bode well, perhaps for this plunge into the deepest waters at 154 pounds.

It’s going to require a really special effort on the part of Castano. He is certainly a tad short for the weight, standing a touch over 5’7″ with a 67-inch reach, and he will be at a significant deficit in both areas. Charlo will be trying to dictate range, where he can launch shots while Castano is in pursuit, trying to bridge the gap to the superior dimensions of his favored opponent.

A few items offer promise to Castano’s cause. One is that for a stoutly-built fighter, he’s not a slow guy. He has great feet and is very athletic, and brings a certain quickness of hand and body that could trouble Charlo. He’s not going to dutifully lay at the end of Charlo’s reach and just look for the big shot. He gets to work in the ring, hustles and gets after it. He has good stamina and a good motor. He doesn’t load up on shots. There’s a naturalness to his boxing, as it occurs organically and within the flow of what he’s doing. There’s just something about this kid that suggests a hard night’s work for anyone he’s going to fight.

These stout Argentine standouts, they usually bring a certain durability to the ring. Being a little squat and thick, he can absorb the shots of Charlo, who, despite his recent power showings, still has just 18 KOs in 35 fights. Charlo has that kind of sudden power that can manifest in any number of ways, but there’s a really good chance that Charlo is facing the prospects of going 36 full minutes with Castano. And however, you want to cut it—that’s a hard nights’ work. But now that Charlo is fighting in unification fights—that’s the nature of the biz. These aren’t walks in the park. And in Castano, he’s taking on an ambitious and talented guy.

Castano is more of the X-factor, meaning we don’t really know, do we? He could thrive with the stakes being high, and one can’t undersell his ambition and drive and how that might surface in this fight along with all that ability. It’s just with what we have to analyze now; I find Charlo the more compelling talent, the fighter more likely to provide the high notes in this fight, whether it’s with his boxing or sudden power surges. And in a fight that looks to have a certain evenness and competitiveness to it, providing the more standout moments should be enough to turn this in Charlo’s favor. I’ll take Jermell Charlo in this one.

I’m betting on Jermell Charlo at -220 betting odds. Against good opposition, his work has been more definitive than Castano, who has struggled in his major tests. The underdog appeal for Castano is there, but the value isn’t really appetizing against the more-proven and explosive unified champion Charlo. Another great place to bet the fight is BetOnline Sportsbook! They offer the fastest crypto payouts on the web!