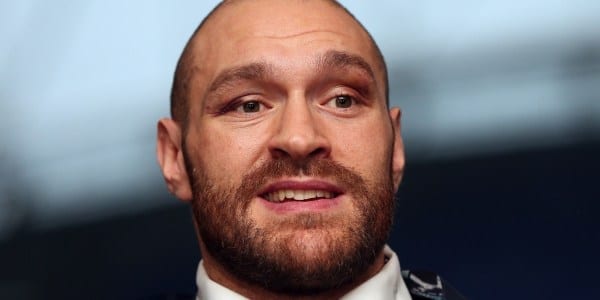 Tyson Fury battles Tom Schwarz in a heavyweight matchup in Las Vegas on June 15. This fights features two European-based big men fighting in America, both making their first Vegas appearances. Fury is the A-side of this fight; the linear heavyweight champion who many feel deserved the win against Deontay Wilder in his last fight. It was a draw and now Fury looks for a quick win before diving back into the deep end of the pool. And on paper, it’s not the easiest fight—coming against a big, young, unbeaten and ambitious man in Schwarz, who will be 25 by fight-night. Who comes out ahead in this one?

We won’t get too into Fury’s last fight other than to say it was big for the towering Englishman. After fighting his way back after a big layoff, with substance and mental health issues to boot, he looked great against an unbeaten champion in Wilder. He suffered two knockdowns, but other than that, he was fairly dominant. Rising from the final-round knockdown, which looked like clean knockout, was a heroic moment and the fact that Fury rose from that and actually fought back well was an eye-popping sequence many won’t soon forget. Some have said the draw is perhaps not that bad of a verdict. I’m not so appeased, as the math used to give Wilder a draw just doesn’t work out. Fury, all things considered, should be the WBC champion. As it remains, he is considered as part of a three-man race to determine the best heavyweight, with some huge fights looming.

For the 30-year old Fury, who has several inches in height on Schwarz at 6-foot-nine, the Wilder fight was a moment of triumph. It showed he not only belongs, but that he can still thrive at the upper-reaches of this weight class. And that looks to be a major fly in the ointment for Schwarz, as Fury is truly an innate and natural fighter. Having done this since he was a kid in a family that stressed boxing, Fury fights instinctively and it’s in his blood. He’s as slick as they come and as tough as a two-dollar steak.

Fury signed a big deal with ESPN and the all-but-delivered rematch with Wilder was scuttled. Needless to say, there are lucrative fights just on the horizon for Fury. With that in mind, this essentially amounts to a stay-busy fight for Fury. They got an opponent that looks perhaps more-credible than what he is in Schwarz. He’s young and unbeaten, while being tucked away in Germany out of the spotlight. At 24-0 with 16 kayoes, while being a big strapping kid, he looks the part. It’s fair to call him a decent prospect. But the gap between “decent prospect” and the level of Fury is so wide it makes the Grand Canyon look like a crack on the sidewalk.

Schwarz isn’t bad and his exact ceiling is rather undefined, especially at his young age. Heavyweights can be late-bloomers and it makes it a hard division in which to evaluate prospects. Schwarz has good size at nearly 6’6” and he’s in good shape. He can deliver punches crisply and has a good temperament for a young fighter. When he has a guy hurt, he gets after it. He is very alert in the ring and throws a nice variety of shots.

When facing a guy like Fury, however, one looks for a standout skill and in that area, Schwarz leaves a little to be desired. Remember that even Wilder with his otherworldly power couldn’t even out-duel Fury, so what is Schwarz bringing to the table exactly that will threaten the still-linear champ? While some of Schwarz’ opponents have good won-loss records, a look at the tapes reveals a list of foes that really weren’t up-to-snuff. You see a lot of dwarfed regional talent and smallish fighters that possess about 1% of the skill, fire, and ability of Tyson Fury.

Fighting a guy on Fury’s level when you’re still a prospect naturally indicates a jump-in-class. This fight, however, qualifies as more of a quantum leap for Schwarz. One would have liked to have seen a bridge-fight of sorts, where he had taken on someone with some class. To go from the meat he was fighting to this is such a reach that one can understand the enormous odds in Fury’s favor. Most of the time, a fighter isn’t a 50-to-1 favorite when taking on a 24-0 opponent. It speaks to the lack of quality on Schwarz’ ledger and the lack of a naked-eye appraisal that elicits much wonder or promise.

Add to that the sheer magnitude of this fight and the travel—just more things working against Schwarz. Fury is a championship-level fighter, used to any number of difficult factors. Schwarz, meanwhile, has been fighting in his comfort zone close to home. The bright lights of Vegas can be blinding. He will be fighting for the first time on the other side of the planet. Vegas is a world away and in terms of opposition, Fury is in another galaxy compared to what Schwarz is accustomed.

Granted, Fury has been more of a technician than a destroyer in recent years. But it’s very unusual for a fighter to be a 50-1 favorite, with the total being more along the lines of a competitive fight. We see that the over/under, set at 9.5 rounds, is pretty evenly-priced. That’s unusual in a fight where the odds to win suggest such a drastic gulf in overall class-differential. Even as Fury has shown less fury in recent outings, I expect him to be looking to shine in Vegas. And the class-difference will resonate and I feel it will happen before the midway point of the tenth round. I like Fury to win this one inside of ten rounds. I’m taking the “under.”

I’m betting that the Fury-Schwarz fight will go “under” 9.5 completed rounds at -135 betting odds. Schwarz might prove to be a decent prospect, but the foreign conditions of the fight, in addition to the drastic rise in class will be too much for him. I see Schwarz hanging in there well for a bit before the reality and magnitude of the situation come raining down on him.

Take the UNDER 9.5 Rounds