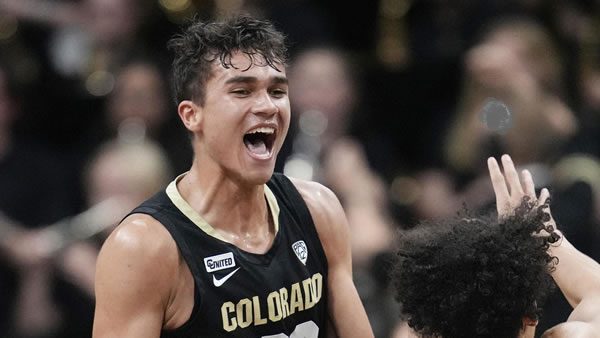 Colorado is coming off a 86-78 win over Southern Utah. However, they did not cover the spread in the game as -11.5 point favorites. The combined 164 points finished above the 154.5 total line.

Stanford picked up a victory over Loyola Chicago by a score of 75-62. Heading into the game, the Cardinal were favored to win, with a point spread of -5.5. The combined 137 points finished above the 125 total line.

Colorado
Over their last five games, Colorado has a straight-up record of 4-1 while going 2-3 vs. the spread. Over this stretch, the Buffaloes’ offense is averaging 82.8 points per game while hitting 51.0% of their shots from the field. On the defensive end of the floor, they have allowed opponents to shoot 43.8% from the field while allowing 70.6 points per contest.

Stanford
In their previous five contests, Stanford is 2-3 straight-up and 4-1 vs. the spread. In these five games, they have a scoring average of 70.4 points per game on a shooting percentage of 45.9%. Defensively, they allow teams to hit 43.3% of their shots while giving up 64.4 points per game.

This season, the combined power rating of Colorado’s opponents comes in at 74.2. On the other side, Stanford’s combined opponent power rating sits at 78.8.

How Does Colorado Fare On The Road?

For the season, the Buffaloes have played six road games and have a record of 2-4. In these contests, Colorado is 2-4 vs. the spread. Offensively, they have averaged 72.7 points per game on a shooting percentage of 42.6%. On defense, the Buffaloes are allowing 71.8 points per contest when playing away from home. So far, opposing teams have a field goal percentage of 41.9% in these games.

How Does Stanford Fare At Home?

In their eight games at home, Stanford has a 7-1 record vs. the spread while going 5-3 straight-up. On offense, the Cardinal are shooting 47.9% on their home floor, leading to 74.2 points per game. Defensively, opponents are shooting 43.1% in these contests. The Stanford defense is allowing 63.6 points per game at home.

For the season, Colorado is averaging 71.2 points per game (193rd) while posting an overall field goal percentage of 44.3%. In today’s game, they will be matched up against a Stanford defense that has allowed an average of 63.8 points per contest. This year, opponents have hit 42.5% of their shots vs. Stanford. On the other side, the Stanford Cardinal are coming into the game averaging 66.4 points per game on a shooting percentage of 43.3%. The Cardinal will be facing a defensive unit allowing an average of 69.2 points per contest. So far, teams have hit 41.9% of their shots vs. the Buffaloes.

From beyond the arc, Colorado has a shooting percentage of 36.8% while ranking 545th in attempts per game. The Buffaloes will be facing a Stanford defense that has a 3-point field goal shooting percentage allowed of 31.1%. Stanford enters the game having hit 33.9% of their looks from deep while averaging 7.28 made 3’s per game. On the other end, Colorado has allowed opponents to hit 34.3% of their shots from beyond the arc.

Sure, Stanford has scored well at home, with a season average of 76.2 points in the five games, but keep in mind that this number was skewed by the 88 points against Pacific (310 RPI), 80 points against Cal Poly (249 RPI) and 88 against Green Bay (324 RPI). In their other two games, when facing quality teams, they put up 50 versus Wisconsin and 66 versus UCLA (both losses). The Buffaloes get two players back for this match. F Luke O’Brien adds bench scoring, and Lawson Lowering boosts the defense with his rebounding and blocking ability. I’m taking Colorado +2.5. Question! Do you like to save money? Do you find it ridiculous to waste money? Then why are you still laying -110 odds at your bookie when you could be laying only -105 odds? It doesn’t make any sense to overpay! Make your dollars stretch farther in 2023! Bet smart by signing up for a betting account at BetAnySports!