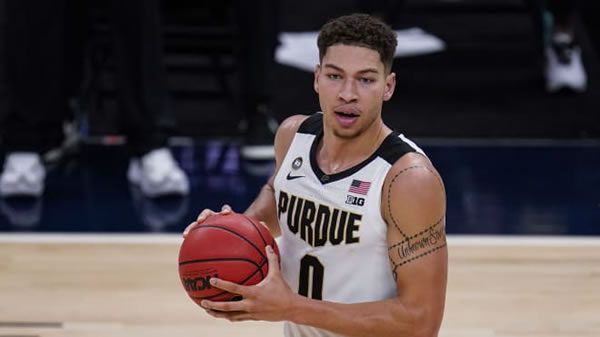 Is Purdue vulnerable here, or is Nebraska walking into a buzzsaw? The Boilermakers simply haven’t looked like a championship team in any way in January, barely getting past Penn State and managing to lose to Wisconsin at home in a game where the offense just wasn’t’ getting the job done. Purdue had failed to top 80 points in four of its past five contests and just doesn’t seem to be where it was at the start of the year when everyone had the Boilers as a Final Four squad.

But that said, Purdue shouldn’t be in any danger against this Nebraska team, as the Cornhuskers are quickly proving that whatever Fred Hoiberg did at Iowa State isn’t translating to Lincoln. The Huskers are 0-6 in the Big Ten, and seeing the season quickly slipping away from them, as they find themselves unable to compete in a rugged Big Ten that has ground them up pretty much since the day they joined. Nebraska is showing no signs of being a decent basketball team at the moment, hence the reason the spread is what it is. But can the Huskers actually put together a decent performance, or is this just an awful time to face the Boilers?

Here’s why Nebraska isn’t getting the job done: The Huskers can’t defend, and they can’t shoot the 3-pointer. Nebraska ranks just 332nd in the nation on the deep shot, and in the Big Ten, that doesn’t really translate to being able to stay in games.
The bigger problem is that the Huskers’ defense is regularly getting shredded no matter who the opponent is. Earlier this year, Rutgers managed to score 51 points against Lafayette, not exactly a quality loss. The Scarlet Knights dropped 93 on the Huskers in New Brunswick — and then turned around three nights later and scored 49 against Penn State. Even Michigan, who is having an awful season by its lofty standards, got it together when it faced the Nebraska defense, blasting the Huskers for 102 points in a 35-point Nebraska loss in Lincoln.

The reason the Huskers aren’t an automatic fade is that they had shown a few signs of competence, such as when they hung with Illinois last time out before fading down the stretch but still getting the cover. But for the most part, betting on Nebraska is a roller coaster at best and a fool’s errand at worst.

Purdue has made for a lousy bet as of late because the expectations have been incredibly high surrounding the Boilers. With only one cover in their past eight contests, Purdue just isn’t going to be a moneymaker for bettors, much like Clemson football has been a certain loser in recent years because of the public’s love for the big names. We’re here once again, with Purdue facing a weak opponent and likely giving a few too many points in the process.

It’s not that Purdue can’t blow Nebraska out of the building, as Jaden Ivey and company are certainly capable of routing the Huskers from the opening minute of this contest. But the Boilers haven’t really been putting their foot to the floor as of late, so if you’re backing them, you’re getting a team that is not quite playing up to its potential, not a situation you want with this many points in play.

Nebraska will Cover If: The Cornhuskers can hang around long enough to frustrate the Boilers and stay close enough to get the crowd nervous. Nebraska needs to slow the game down in the opening 10 minutes and let itself get acclimated before it can get knocked out of the contest. If the Huskers do that, they have a chance.

Purdue will Cover If: The Boilers get rolling from the opening minute. Purdue is better and knows it, and it also knows it needs to make a statement to prove it’s back on track. The easiest way is to blow the Huskers out of the building the way Arkansas did to Missouri in a similar situation on Wednesday.

Purdue scores a lot of points and tends to allow a fair amount as well. The Boilers haven’t faced a lot of good offenses, but they’ve given up decent scores to those teams anyway. Nebraska runs the ball well enough to do its share of scoring, so 155 seems reasonable.

Honestly, I don’t want to touch the spread here. The Boilers have shown a lack of a killer instinct throughout the year to the point that I’m genuinely worried that Nebraska will open the back door and ruin this cover. The bet that I want most is the over, but if I have to pick on the spread, I will take Purdue and hope. Note: Don’t forget to check out our NFL Wildcard Weekend Picks!