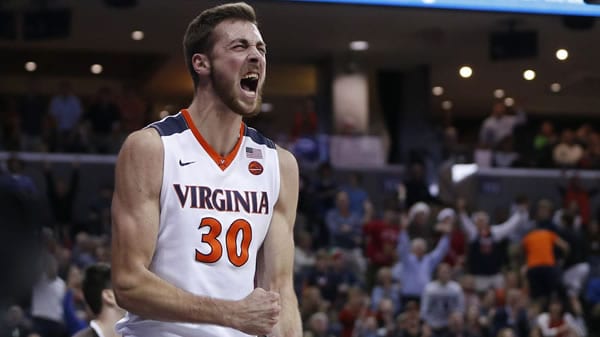 It’s bounce-back time for the Cavaliers, who are now feeling the pressure after giving away their edge in the ACC race to rival Virginia Tech. The Cavaliers were in a position to run away with the race for the top seed in a weakened league, but with the Hokies now breathing down their necks, Virginia’s got to come back with a strong effort after seeing its seven-game winning streak go down in Blacksburg.

For N.C. State, any kind of win will do at this point. The Wolfpack seemed to be on track to compete for an at-large bid this season, but ever since the calendar turned to 2021, N.C. State has appeared lost at sea. The Pack have dropped five of their past six since the new year began, often in some rather frustrating ways. Three of State’s past five defeats have been by five points or less, including an aggravating defeat to Syracuse that saw the Wolfpack blow a double-digit lead and eventually fall short when they missed a 3-pointer at the buzzer. Can State finally get some momentum going and save its season at a time when it’s quickly running out of chances?

Virginia’s formula only works when the Cavaliers play great defense and deny the other team good looks at the basket. For 32 minutes, that’s precisely what Virginia did against Virginia Tech. And then the defense collapsed, and the Hokies hit the gas, scoring the next 19 points and turning a slim Virginia lead into a blowout loss for the Cavaliers. Truth be told, it kind of resembled shades of Virginia’s memorable loss to UMBC in 2018.

And that’s the problem with backing Virginia: there’s no way to know when the offense is just going to nosedive out of nowhere and condemn the Cavaliers to a defeat. When all is well, Virginia can score as well as anyone in the nation. In fact, the over had actually hit four straight before the trip to Blacksburg, and three of those were because Virginia had scored 80 or more points on its own. But inconsistency has plagued Sam Hauser and Jay Huff this season, and you really never know what to expect from the Cavaliers on that side of the floor as a result.

More Picks: Make sure you check out our Super Bowl Picks >>>

A senior-dominated team like N.C. State should have been set up for a big year, and the fact that it hasn’t happened is a mark against coach Kevin Keatts. And that’s before the Wolfpack really took it on the chin when a torn ACL cost them leading scorer Devon Daniels for the rest of the season.

To be entirely fair, Keatts has some excuses, as it’s been a crazy year with COVID, Daniels was by far the Wolfpack’s best and most consistent player, and D.J. Funderburk was a late scratch in the loss to Syracuse, but the reality is that Daniels was available up until the Syracuse game, and State’s still seen its season fall apart. What’s left is a team that got a credible effort from Jericole Hellems and Manny Bates against the Orange but doesn’t really have anything resembling an outside threat.

In essence, with Daniels’ consistent outside shooting lost and Funderburk’s inside presence a question mark, State has to reinvent itself on the fly. That’s often a situation that results in major problems for the team trying to adjust, and State doesn’t have time for problems. With the Wolfpack now at 7-6 and the ACC down in a big way, this is the best chance the Wolfpack has for a quality win. A loss here, and Keatts’ team likely has to win the ACC tournament to play in the NCAA tournament.

Style clash. Virginia is all about defense, to the point where people legitimately won-der what went wrong whenever Tony Bennett’s crew gives up 65 or more in a game (only Notre Dame, Gonzaga, and Virginia Tech have hit that low bar in 2020-21 against Virginia). Defense really isn’t in State’s repertoire. The Wolfpack can stop a few lower-level opponents, but in ACC play, Miami and Wake Forest — currently 13th and 14th in the ACC — are the only teams who haven’t scored at least 74 points against the Wolfpack.

The over is 6-2 in State’s ACC games for a reason, and speeding up Virginia is about the only chance State has to steal a win in this game. The problem with that is, the Cavaliers are so disciplined that it’s tough to speed them up. State’s got to get off to a hot start if it’s going to have any hope of playing its game.

The Cavaliers can play the kind of defense that they did for most of the night against Virginia Tech. Virginia is the better team and simply needs to play its game by smothering State and preventing anyone from stepping up in Daniels’ absence. The worst thing the Cavaliers could do would be to let State hang around and think it can find decent shots against them. A low-scoring game means Virginia’s in control.

N.C. State will Cover If:

The Wolfpack can force some early turnovers and grab the lead. The one thing State does do well on defense is force opponents into mistakes, and if the Wolfpack can force the Cavaliers to throw away a couple of early possessions, that could force Virginia to start to play at a higher tempo than it wants. If State isn’t getting Virginia out of its comfort zone, victory is highly improbable.

With no Daniels on the floor, I can’t see this game going well for State, with or without Funderburk. There’s no home crowd to feed off of in Raleigh, and the Wolfpack are coming off yet an-other aggravating loss, which can eventually break a team’s spirits. Virginia isn’t likely to be in a letdown spot after getting embarrassed by its biggest rival, which could make this a mismatch.

This line doesn’t make much sense to me. I’d probably give a few extra points here while taking Virginia in a game I expect will be one-way traffic. Give me the Cavaliers. Bet your college hoops picks for FREE this week by taking advantage of a 100% REAL CASH bonus offer on your first deposit of $100 to $300 at MyBookie Sportsbook! You must use bonus code PREDICT100 to get the extra bonus dollars credited to your wagering account! Click here to sign up now!