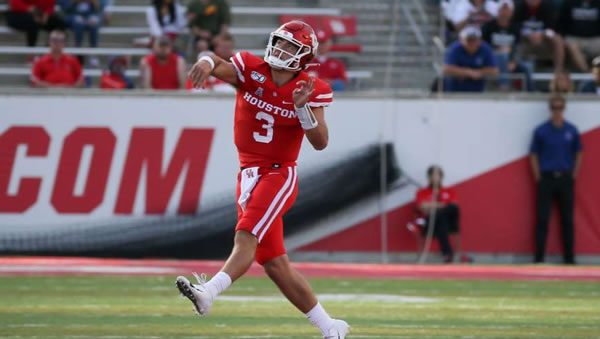 Despite an opening loss to Texas Tech in the first game of the season, the Houston Cougars rallied to collect 11 straight victories as one of the hottest teams in the country during the regular season. The Cougars earned a shot at no. 3 Cincinnati in the AAC Championship and stood their ground until the Bearcats pulled away in the 2nd half. Despite the loss, Houston has impressed throughout the season with offensive prowess, and they will have one final shot to cap off an impressive 2021 campaign when they meet the Auburn Tigers in the TicketSmarter Birmingham Bowl on Tuesday, December 28th.

It would be hard to gauge the spirit of Auburn entering this consolation postseason match-up. In many ways, Auburn did not meet expectations this year, finishing with a 6-6 SU record on the heels of 4 straight losses. In the season finale against Alabama, the Tigers appeared to be poised to pull off the outright upset as 20 point underdogs. Auburn’s defense held Alabama scoreless for more than three quarters until the Crimson Tide rallied to tie the game to force overtime. Even then, it took Alabama 4 overtimes to capture the victory, which the Crimson Tide parlayed into an SEC Championship and College Football Playoff berth just one week later against Georgia. While Auburn stood toe to toe with one of the best teams in the nation in a rivalry setting, it will be interesting to see if the Tigers build momentum off the Iron Bowl performance or continue their season-ending decline.

In my opinion, Auburn’s chances rely heavily on the play of their defense in their match-up against Houston. The Tigers are not very potent on the offensive side of the football, especially with the loss of QB Bo Nix. QB TJ Finley is an average passer, and this offense will rely heavily on RB Tank Bigsby to carry the load against a Cougars defense that has been very solid against the run yielding just 106 yards per game. As a result, I am led to believe that Auburn will not be able to enforce their will on the ground and will have to come up with some ingenuity to open things up in the passing game; all of which needs to be done following the release of Offensive Coordinator Mike Bobo.

Meanwhile, Houston has the playmakers on the offensive side of the football to challenge this “SEC” defense. QB Clayton Tune has produced strong results completing 68% of his passes on the season for 3,263 yards with 28 touchdowns and nine interceptions. Tune has an absolute stud in the passing game in WR Nathaniel Dell, who is a shifty playmaker who creates space in any match-up. While Dell is a nightmare match-up for any opposing defense, Houston’s offense has produced efficient results on the ground as well to give the Cougars a balanced attack. RB Alton McCaskill has produced 16 touchdowns on the season for the pass-oriented offense, and I believe the balance between the run and the passing game will be enough to keep the Auburn defense guessing. Barring an absolute meltdown from the Houston run defense, I think this is a great spot for the Cougars to attack on both sides of the football.

Jay’s Pick: This seems like a letdown spot for Auburn in a surprisingly difficult match-up. As a result, I like Houston +3. Question: When you bet on games, do you lay -110 odds or -105 odds? 99.9% of our readers are still overpaying and laying the more expensive price. STOP wasting your hard earned money TODAY by taking 5 minutes to make the switch to reduced juice sports betting! You’ll be so glad you did!