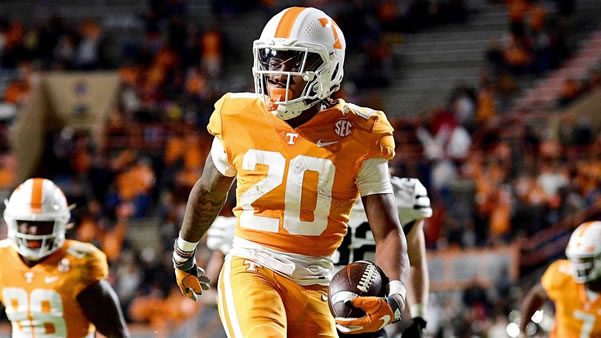 For the no. 6 Tennessee Volunteers, the 2022 campaign was a mixture of a Cinderella Story and a year filled with “what ifs.” At 10-2 SU, the Vols were the breakout story of the country this season but failed to deliver in their meeting with top-ranked Georgia and then ran into a buzzsaw in Columbia just two weeks later in an embarrassing 63-38 defeat to South Carolina. Those two losses, especially the defeat to South Carolina, are the moments that Tennessee fans will be asking the “what if” question for years to come, especially since the Hendon Hooker era ended due to a knee injury in the loss to South Carolina. As a result, Tennessee will be without the centerpiece to their recent success when they meet the No. 7 Clemson Tigers, as 6.5 point underdogs, in the Capital One Orange Bowl.

While Tennessee will be looking for the next star quarterback to lead the offense in Rocky Top, Clemson may have already found their guy in QB Cade Klubnik. For those that may not have watched the Tigers this season, their 2022 campaign was riddled with mediocrity at the quarterback position from former 5-star recruit DJ Uiagalelei. Uiagalelei was a decent dual-threat quarterback, but he was not as effective in the passing game that the Tigers had expected. After battling the entire season with mediocrity behind center, Head Coach Dabo Swinney made the decision to start QB Cade Klubnik in the ACC Championship. Klubnik delivered in spectacular fashion hitting 20 of 24 passing for 279 yards with a touchdown to lead the Tigers into a dominant ACC Championship victory over North Carolina. Just one week later, Uiagalelei announced he was entering the transfer portal, which was a clear sign that Clemson will stick with Klubnik as their go for the future.

As you may have noticed, the opening of this preview has centered around the quarterback position and it is critical to understand how that supports the betting line which favors Clemson by 6.5 points. If Hooker was under center for Tennessee this week, the Vols mabe nearly double digit favorites for this Orange Bowl showdown (that’s probably a slight exaggeration). Instead, the Vols will hand the keys of the offense back to senior QB Joe Milton III. Despite Milton’s numbers which entails 7 touchdowns and 0 picks in limited action, he remains a significant downgrade in the passing game compared to the former starter. Not only will the quarterback situation be worrisome for the Vols but they will also be without receivers Jalin Hyatt and Cedric Tillman who have both decided to skip the bowl game for the NFL Draft. Hyatt led the SEC with 1,267 yards, so his loss will definitely be a blow for the offense.

As Tennessee tries to fill holes at the skill positions, Clemson seems to be in a spot to build on the development of their skill positions. The Tigers have had two weeks since their ACC Championship to work with Klubnik as the number 1 guy and adjust the way their offense will look with him under center. Additionally, Clemson is one of the rare top teams in the nation that has been barely hit by NFL Draft declarations and transfer portal moves. In fact, DE Myles Murphy is the only player that is currently scheduled to miss the Orange Bowl as he has declared for the NFL Draft. As a result, Klubnik will have all of his weapons in RB Will Shipley and WR Antonio Williams to attack an inferior Vols defense!

I think this is a perfect match-up for Clemson to get back some of the revenge on losing a close game to South Carolina in their season finale. Klubnik looks like the real deal, and I think this is another breakout opportunity. Lay the points and relax!