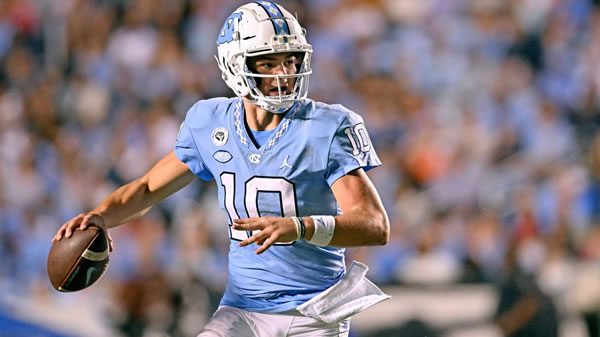 The Oregon Ducks take on the North Carolina Tar Heels on the 28th in the Holiday Bowl in San Diego. Both teams won 9 games this season. Oregon last played on the 26th of November, losing to Oregon State, 38-34, and concluding a rough end to a season that looked to be going places. The Tar Heels made it to the ACC title game on the 3rd of this month, losing to Clemson, 39-10. Who can bounce back for this bowl spot and get us the cover at Petco Park?

It was feast or famine for the Ducks this season. After a season-opening 49-3 loss to Georgia, they went on a massive run, winning eight straight, covering seven spreads, and dominating teams in the Pac-12. They were in the College Football Playoff mix, and then it all fell apart in a narrow loss to Washington. They were able to bounce back with a big win over eventual conference champion Utah, but the loss against Oregon State took them from a team being in the national mix to a team not even eligible to play in its own conference title game, a result that seemed to be a gargantuan longshot a few short weeks prior. Now over a month later, they land in this bowl spot with a thud, and you have to wonder about things like motivation, letdowns, and whatnot.

It’s just that the Tar Heels aren’t in much of a position to counter Oregon’s iffy late-season form with anything better, sharing a similar if not worse trajectory than their opponent. While the range they covered in the last handful of weeks wasn’t as vast as Oregon’s, going from 9-1 to dropping their last three games was a bitter pill to swallow, and it’s not going to be easy to rouse the troops after that finish to the season. So, needless to say, neither team really comes into this with a head of steam.

An optimist could say this is a nice matchup for a Holiday Bowl game that has produced some crazy offensive shootouts over the years. You have a high-octane Oregon offense pitted against the Tar Heels and dual-threat QB Drake Maye, and it should be exciting. Oregon is a nice-sized favorite, and rightfully so. They just seem to be a better team, and not to get too hung up on conference ramifications, but the Pac-12 was better than the ACC this season.

The game is in a strange site in a baseball park, but with it being on the west coast and not the most premier bowl game, you’d assume a greater number of Ducks fans would make it down for the game. It’s just that while it’s a definite letdown spot for the Ducks, the Tar Heels might be in worse shape. Transfers following the regular season were too numerous to name, with many affected areas, particularly a secondary that will be limping into San Diego, undermanned to take on a balanced Oregon offense. With their secondary not good even under ideal conditions, one wonders what it will look like now.

Compelling Matchup Issues for Both

One could say that the Oregon defense has gone against some really tough offenses this season. But it still seems like less than a slam-dunk that they’re going to be able to curtail Maye, an exciting freshman with over 4000 yards passing, while also being the team’s leading rusher. He’s a real weapon, and even if the North Carolina offense cooled down some late in the season, you’d think they could do some damage against Oregon. And with the aerial offense being the name of the game for UNC, the matchup doesn’t seem bad. We’ve seen this Oregon secondary struggle greatly against the better passing offenses they faced, sometimes bailed out by their offense. But as the season carried on, they really ended up paying the price for this shortcoming.

It’s just that when you’re giving up 31 points per game on average, like North Carolina is, it can really undermine the whole effort. With Bo Nix playing and most of his offensive pieces in place, you wonder how long the Tar Heels’ defense can withstand the heat coming from all directions. A multi-pronged running attack that Nix is part of should trouble North Carolina on the ground, and if Nix is dialed in aerially, that forbodes all kinds of trouble for North Carolina. Make no mistake, having an exciting talent like Maye could keep them in this game if their defense can be semi-respectable. If not, Maye might not be enough to keep pace.

The disconcerting nature of North Carolina’s finish to the season, the transfers, and their opponent here notwithstanding, I think there are enough favorable matchup possibilities against the Oregon defense to warrant the possibility that they can stay in this game. Getting better than two touchdowns, they don’t necessarily have to see everything go their way, while perhaps also banking on the Ducks not being in prime mental form. The sound bites will all suggest otherwise, but I don’t think it will be so easy to shake off the way things ended for the Ducks. All in all, it will result in a less-than-scintillating Ducks’ performance that allows the Tar Heels to slide in there with the cover.

Loot’s Pick to Cover the Point Spread: I’m betting on the North Carolina Tar Heels plus 14.5 points. Bet your sports picks for FREE this week by scoring a 100% real cash bonus up to $300 by entering promo code PREDICT100 at MyBookie Sportsbook!)