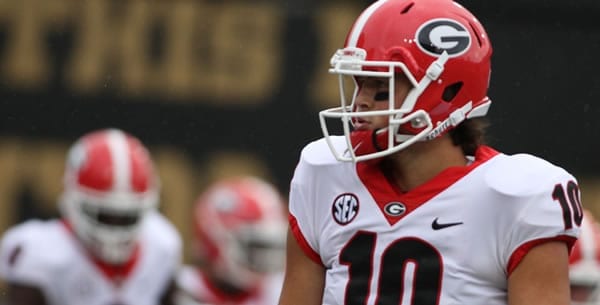 The Oregon Ducks come to Seattle for a big Pac-12 faceoff with the Washington Huskies on Saturday. A lot is on the line this week. If Washington wants to stay in contention in a division they’ve recently dominated, they need to make up ground. The Ducks are unbeaten in conference and 5-1 overall, winners of five straight. They are looking crisp after mopping up on Colorado on Saturday, 45-3. Washington is 2-2 in the Pac-12, evening their conference mark with a 51-27 win over Arizona last week. Can they kick it into high gear after some ups and downs this season? Or are the Ducks looking to make a statement this week?

How Good is Oregon?

Last season, they won this matchup, 30-27, in an overtime win. They’re better this season and with a lot of the same guys who did well against this Huskies team in ’18. That includes Justin Herbert, the blossoming Ducks’ quarterback who is throwing nearly 70% completions with 17 TD throws and just one pick. He makes great use of various weapons, both aerial and on the ground. Last season, we saw Jacob Breeland thrive against a Washington secondary that was better than it is this season. That’s ditto for Johnny Johnson, III. and Jaylon Redd. On the ground, CJ Verdell was over 100 last season in this matchup, and Travis Dye had a lot of production, as well. They’re all back. This offense is consistent and in the last five games has really delivered.

A real area of promise for Oregon’s prospects in this conference and perhaps beyond is a great defense. Granted, facing a wayward Cal offense, along with Stanford and Colorado, means they haven’t been tested in-conference by the better offenses. But stopping Auburn for most of the game in week one had good signs, despite the late collapse. In their ensuing five games, they’ve allowed an eye-popping combined total of 25 points! Jevon Holland and Ugo Amadi have been making plays in a secondary that has been ultra-stout, and no opponents lately have had much success running the ball, though that could be because they’ve been playing from behind so often.

A Real Test for the Ducks

Granted, this isn’t a vintage Washington team. There is a lot of player turnover, and they’ve proven to be a slightly-less dependable version of the team we’ve seen in recent seasons. To lose at home to Cal showed them to be really flat. They picked it up and looked good for the next three weeks with easy wins over Hawaii, BYU, and USC. Heading into a game against a downward-spiraling Stanford, there was no reason for real concern, so of course, they went ahead and lost by ten. Still, at 5-2, both straight-up and ATS, they have been solid other than those two hiccups. And they look to bring a lot more to the table than Oregon’s latest adversaries.

Washington has a lot to throw at the Oregon “D.” It’s still a work in progress, as quarterback Jacob Eason is still getting accustomed to the offense. It helps to have a good run-game to rely upon, and last week Sean McGrew was over 100 yards, while Salvon Ahmed ran for three TDs. It was good to see that kind of production with Richard Newton indefinitely out. With Hunter Bryant, Aaron Fuller, Chico McClatcher, and Andre Baccellia, they have a lot of weapons through the air that can do damage. The Oregon secondary has been stiff and has a major big-play component, but the Washington offense offers more firepower and variety than any opponent they’ve faced recently, and it’s not even close. That goes for the air and the ground.

First of all, we can’t belabor the point enough of how unpredictable this conference can be. Washington has been a big part of that equation. Sometimes at home, it looks like everything is lining up for a good Huskies showing, and it just doesn’t fire for whatever reason. The offense stalls out, and with the lack of support, the defense falters. Other times, the offense thrives. A secondary that has been a factory for producing NFL players shuts down the opponent. They’re dominant on the line of scrimmage. You just never know. Oregon has drawbacks, as well. Have they built their rep on lesser opponents? Is the real result we should be looking at the Auburn game in week one, where they basically found a way to blow it? Sometimes with Mario Cristobal as head coach, they don’t get the most of what they have or push the envelope enough when they have the upper hand, allowing the other team to hang in there and nip them at the wire. At this level, it’s worth thinking about, especially when laying points on the road. There have been a handful of times over the last few seasons where betting on Oregon proved to be about as painful a wagering experience as you can have.

I think Oregon is the better team. Whether they will be able to maximize what they have remains to be seen, but I believe they are in a better position to thrive in this spot. The Huskies will test the Ducks across areas they haven’t been tested in this conference yet. It’s not all that hard to envision Washington moving the ball in spots. But I see the Oregon offense and a lot of guys who know what it’s like to thrive against UW doing even better against a Washington defense that has struggled in finding its footing so far this season. I see the Ducks nosing the Huskies and getting the cover on Saturday.

Loot’s Pick to Cover the Point Spread: I’m betting on the Oregon Ducks minus 2.5 points.