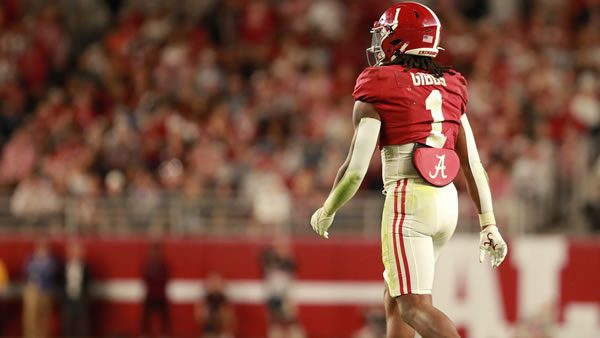 There were a lot of people that felt the Alabama Crimson Tide were worthy of an invite to the College Football Playoffs. However, the playoff committee did not agree, and the 5th ranked Crimson Tide were held out of the playoffs for just the 2nd time in legendary Head Coach Nick Saban’s tenure in Tuscaloosa. As a result, the Crimson Tide’s 10-2 SU campaign will be rewarded with a trip to the Allstate Sugar Bowl at the Caesars Superdome in New Orleans against the no. 9 Kansas State Wildcats.

The Wildcats will enter the Allstate Sugar Bowl as 6-point underdogs, which may seem like a relatively narrow betting line. However, the Wildcats closed out the season with wins in 5 of the last six games, which included a 48-0 blowout over no. 9 Oklahoma State and capped off with a thrilling 31-28 win over no. 3 TCU in the Big 12 Championship. Needless to say, it has been a breakout year for Head Coach Chris Klieman and the Wildcats, who have proven they can stand toe to toe with any team in the country!

Surprisingly, there are not a lot of postseason impacts from a personnel perspective. Alabama Head Coach Nick Saban acknowledged both QB Bryce Young and LB Will Anderson will play in the Sugar Bowl. Both players are expected to be high-profile exits to the NFL Draft at the end of the year. Meanwhile, Alabama has also suffered a lot of activity in the college transfer portal, but most of those movements are from individuals that have not contributed much this year. Likewise, Kansas State also does not have many major movements following their Big 12 Championship victory, meaning unlike most games around the country; this match-up should have minimal impacts from NFL Draft bowl opt-outs and college football portal transfers.

On the field, rest assured this will be a physical match-up between the Crimson Tide and Wildcats. Kansas State is the most physical team in the Big 12 and will approach this match-up with a heavy rushing attack behind RB Deuce Vaughan, who has racked up 1,425 yards on the ground this season with eight touchdowns. Vaughan has been the clear centerpiece of the offense towards the latter part of the season, but QB Will Howard has also played well down the stretch with 13 touchdowns and just one pick in the Wildcats’ last five games this season.

Kansas State’s potent rushing attack will be met by a physical and fast Alabama defense that has yielded just 125 yards per game this season. Offensively, Alabama will look for a strong closing act from former Heisman Trophy winner Bryce Young. Young threw for 3,006 yards this season with 27 touchdowns and just five picks. However, Alabama was not nearly as explosive this season compared to the 2021 campaign, primarily due to the lack of big-play threats in the receiving corps. Against a good pass rush in Kansas State, Young will be forced to make plays, and the offense also may turn to RB Jahmyr Gibbs, who should have room to run between the tackles. Either way, this is far from a confident match-up on the offensive side of the football.

I absolutely love the “under” in this game. Both teams are very physical, and their best way to attack on offense is by running the football. However, both defenses will be expecting the ground game, which will create a much lower-scoring game than the total suggest!
Jay’s Pick: Take the under 56. Note: Check out this incredible offer! Deposit $100 to $300 and get a MASSIVE 125% real cash bonus PLUS get a FREE HALF POINT everytime you bet your favorite NFL, college football, NBA and college basketball team! All you have to do is use bonus promo code PREDICTEM when you sign up at GTBets Sportsbook! They have a cool player loyalty rewards program too!