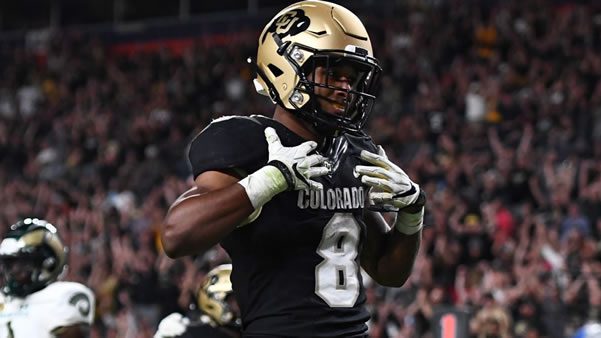 The TCU Horned Frogs take on the Colorado Buffaloes on Friday as each team kicks off its 2022 campaign. TCU is trying to get back to where they once were, but they catch a difficult road test at a Pac-12 school. Colorado, however, is also looking to see an uptick this season after a rough 2021. With TCU coming off a five-win year and the Buffaloes posting only a quartet of wins, which team can serve notice that things might be a bit different in 2022?

Mired in the midst of a catastrophic season in 2021, TCU fired 20-year head coach Gary Patterson in midseason, with Jerry Kill taking over in the interim. Now assuming the head coaching duties on a full-time basis is Sonny Dykes, who did well with SMU in his latest gig. His ability to get offenses in good working order is his specialty, and with the kind of talent that a school like TCU can draw, it will be interesting to see how Dykes’ offensive handiwork resonates with the Horned Frogs.

Still, it’s not easy to look at TCU with a ton of optimism in light of recent events. It’s pretty dysfunctional to get rid of a long-tenured coach like that in the middle of a season that wasn’t going to be going anywhere anyway. And the Dykes hire offers some promise in an offense-heavy Big-12 conference. Maybe Dykes registering two upsets over TCU as the SMU head coach resonated with school administrators. Other than that, it’s hard to see why Dykes would be automatic in turning things around for the Horned Frogs.

Dykes has a reputation as a keen offensive mind, but a 10-win season with SMU several seasons ago is really the only big season he has enjoyed in over a decade as a head coach. He never won anything substantial, doesn’t have a good bowl record even at the lower levels, and one wonders if his rep outshines his actual merit. But at the same time, he has breathed some life into some sagging programs before, and if the Horned Frogs need anything right now, it’s some wind in their sails. And by all accounts, Dykes was able to recruit well when he got his first hack at it for TCU, and while a return to their peak is doubtful in such quick order, there is some well-placed optimism in the air in Fort Worth.

Where Does Colorado Stand?

A somewhat-promising 2020 covid-shortened season where the Buffaloes went 4-2 was drowned out by last season’s 4-8 flop. Perhaps a different perspective is required when looking at last year, where Colorado was in a lot of tough spots while still managing to serve notice that they were dangerous on occasion, with a 34-0 shutout over Arizona, in addition to good conference wins over Oregon St. and Washington. Still, they weren’t nearly as competitive in the conference at the higher levels and look for more in Karl Dorrell’s third season at the helm.

This is not a matchup we typically have to break down. Throw in the fact that this is the first game of the season with a lot of things being in flux, combined with one of the teams starting anew after a 20-year coach was deposed; it adds a sense of things being up in the air for this matchup. On the one hand, TCU returns a gaggle of starters, combined with some nice recruiting work by Dykes with players who could contribute right away. Therefore a boost could be anticipated. Then again, many of those so-called returning bright spots are the same guys who were part of the program bottoming out last season.

At least with TCU, they are among the tops in the nation in returning some useful talent. Colorado, conversely, saw some key people depart. And what remains isn’t exactly thrilling. But like TCU, there were some key recruiting coups, including some transfers that could take a team that showed pluck at times in tough spots last season and make them a bit more bankable. While Dykes is familiar with the TCU program, having beaten them twice, there is more continuity at the top on the Colorado sideline.

I think the safe pick as the season goes on is that it will be TCU that shows more overall positive signs. But this is a tough road spot. Sure, the wrath of the weather hasn’t set in, but Fort Worth to Boulder in week one isn’t the greatest spot to see if you can get a new-look TCU team to hit the floor running. Colorado has a certain understated competence even when they’re a bit down—especially at home. Considering the state of both teams’ defenses last season, I suspect it will be the offenses that shine most on both teams. Whereas a pick on a side would seem to represent more of a guess in week one, a game where the combined scoring perhaps goes into the 60s seems to be a better-guided move, and I think the Bovada O/U of 55.5 has some exploitability. I’ll take the over in this one.

Loot’s Pick to Cover the Point Spread: I’m betting that the TCU vs. Colorado game goes over 55.5 points.