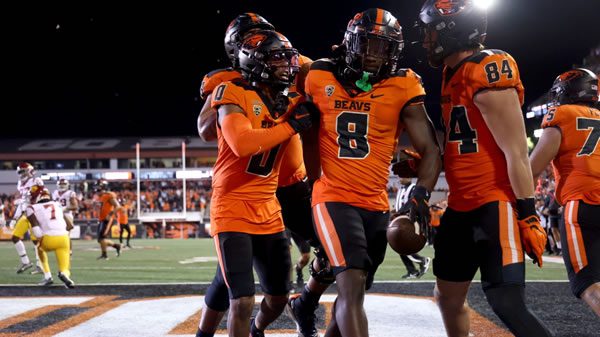 Point Spread: Cougars +3/Beavers -3 (This game should be excellent to live bet! Find the best live betting platform on the planet at Bovada Sportsbook!)

This year, the Cougars have a 1-2 record in Pac-12. Their overall record currently sits at
4-2. This season, the Cougars have been favored in 3 games while posting an ATS mark of 4-2-0.
Their average over-under betting line is 56.42 leading to an over-under record of 1-5-0.

In their last game, Washington State entered as the 12.0 point underdogs vs USC. The Cougars
ended up losing the game by a score of 30-14. The team finished the game throwing for 2 touchdown
passes. Overall, the Cougars had 172 passing yards on a completion percentage of 59.4%. In the
rushing game, the Cougars did not find the endzone while finishing with a total of 144 yards on
the ground.

Cameron Ward heads into the game as the team’s top quarterback, with a current passer rating
of 97.69. So far, he has completed 150 passes for a total of 1617 yards. Through the air, the
team will be looking for a big game from leading receiver, Donovan Ollie. On the season, he has
caught 31 for 333 yards. The Cougars have turned to running back Nakia Watson a total of 64 times
for a total of 325 rushing yards.

In their previous game, the Beavers picked up a 28-27 home win over Stanford. This was an
impressive victory as they were also the 4.5 point underdogs. In the game, Oregon State finished
with 2 touchdowns through the air, while throwing for 250 yards. The team ended the game with 2
rushing touchdowns, along with a total of 192 yards on the ground.

The team’s leading quarterback is Chance Nolan, who comes into the game with a passer rating
of 77.87 on a completion percentage of 59.5%. But, leading up to the game, he is listed as
questionable on the injury report (Neck). Wide receiver Tre’Shaun Harrison, has come up with the
most production for the team, with a total of 441 receiving yards. In the run game, Deshaun
Fenwick has accumulated 331 on 73 attempts to lead the team.

Across their 5 previous road games, Washington State has an ATS mark of 2-3-0. Their straight
up record in these matchups was 2-3-0 while averaging 23.2 points per game.

When looking at their past 5 home matchups, Oregon State has an ATS record of 4-1-0 while
averaging 30.6 per game. The team went 3-2-0 overall in these games.

Heading into this week’s matchup, the Cougars will look to improve their offensive output, as
they are ranked just 84th in the NCAA in points scored.

Although Washington State has struggled to move the chains on 3rd down throughout the season,
they have a chance to take advantage against an Oregon State defense that is allowing an average
of 27.17 points per game and has had its problems getting off the field on third down.

So far, the running game hasn’t been a big part of the Washington State offense, as they are
averaging just 100.5 yards per game on the ground. This production has come on an average of
25.67 rush attempts per game (130th). This week, the Cougars will be facing an Oregon State
defense ranked 67th in rush yards allowed per game. This year, they have averaged 119.5 yards per
game when facing defenses ranked outside the top 50.

Heading into the game, the Beavers are ranked 50th in points per game and are matchup up
against a Washington State defense that is allowing an average of 20.17 points per game.

Although the Beavers have turned to the passing attack at a below average rate this season,
they have an opportunity to find success through the air vs a Washington State defense allowing
teams to complete passes at a rate of 61.22%.

This season, the run game has not a big part of the Oregon State offense, as they are
averaging just 37.33 attempts per game. With their limited opportunites, they have an average of
181.0 yards per contest, good for 45th in the NCAA. This week, the Beavers will be facing a
Washington State defense that is 39th in rush yards allowed per game. So far, they have averaged
178.0 yards per game when facing top 25 rush defenses.

Oregon State -3. Did you know that you could be betting on games at -105 odds instead of -110? Making the switch to reduced juice will save you big bucks! Find this killer offer at BetAnySports Sportsbook!