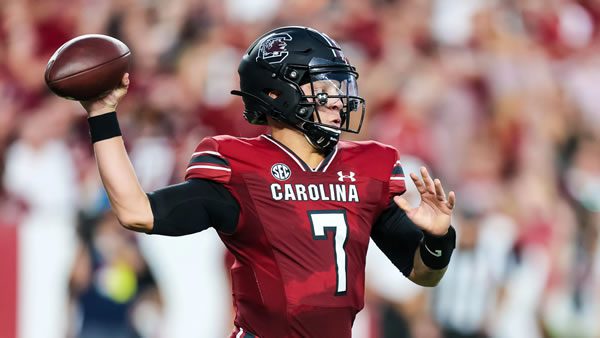 Point Spread: USC +15/CLEM -15 (GTBets – Get a FREE half point everytime you bet your favorite teams! They’ll give you a 125% bonus up to $400 too if you enter bonus code PREDICTEM)

The South Carolina Gamecocks delivered one of the biggest upsets of the season last week in a 63-38 blowout over no. Tennessee. After struggling all season on the offensive side of the football, QB Spencer Rattler had the game of his life, which resulted in 438 passing yards with six touchdowns in an volcanic eruption style performance. While the performance was truly spectacular, the question on everyone’s mind is, can South Carolina back up that impressive performance in a game that means everything for everyone in the state of South Carolina?

For the last seven years, the Clemson Tigers have dominated in-state rival South Carolina in what has become known as the Palmetto Bowl. In that timeframe, Clemson has made 6 College Football Playoffs appearances and won 2 National Championships. The Tigers’ rise to prominence has put the program at a level where South Carolina has become an afterthought. However, South Carolina has probably got the Tigers’ full attention following last week’s win over the Vols. As a result, Clemson will look to extend their streak over South Carolina to 8 games and keep the nation’s longest home winning streak (40) alive as well.

For bettors that may see South Carolina as appetizing 15-point underdogs following last week’s win over Tennessee, I should warn everyone that the Gamecocks have played some ugly football throughout the year. What happened last Saturday against Tennessee was absolutely shocking, considering South Carolina was held out of the end zone in a 38-6 loss to Florida just one week prior to the win over the Vols. The South Carolina offensive line has not played well, and QB Spencer Rattler has been a liability for much of the season. Therefore, we should not expect an “encore” performance if we look at the entire season.

The Tigers will obviously be the more talented team in this match-up which features a slew of 4 and 5-star recruits. One of those 5-star recruits is QB DJ Uiagalelei who has received a lot of criticism during his tenure at Clemson. Let’s just say Uiagalelei has not met Clemson’s expectations at QB on the heels of years that were dominated by incredible talents like Deshaun Watson and Trevor Lawrence. On the season, Uiagalelei has tossed 21 with six touchdowns. While those numbers are not awful, Uiagalelei has struggled with accuracy at times as well. However, for the most part, Clemson has rallied behind the lackluster performances and found ways to win.

In recent weeks, the Tigers have put renewed focus on running the football with Uiagalelei, RB Will Shipley, and Phil Mafah. Combined with success on the ground and a fantastic Clemson defense, the Tigers have outscored the likes of Louisville and Miami by a combined score of 71-26 over the last two contests. It is the Tigers run game and defense that will give them favorable paths to victory this week. South Carolina has not been strong against the run, and I already mentioned the shaky play of Rattler, especially when under pressure. Therefore, I would have to agree with the betting line, which shows Clemson as a surprisingly large favorite given the advantages they will possess in this match-up against South Carolina.

I know both of these teams have been inconsistent this year, and I also understand Clemson still has the major advantage in the talent department. However, this betting line is simply too wide for Head Coach Shane Beamer’s group, who has surprised more often than not. I like South Carolina to keep this game within reach.

Jay’s Pick: Take South Carolina +15. Get a 125% real cash bonus AND a free half point everytime you bet your favorite teams by entering bonus code PREDICTEM at GTBets Sportsbook!