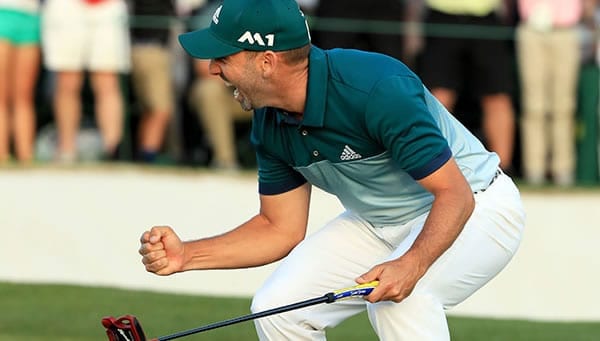 Ernie Banks said “let’s play two,” and while he wasn’t talking PGA golf, the Tour will take his advice and stay put at Muirfield Village after the Workday Open for the 45th edition of the Memorial Tournament. There was a strong field in attendance last week, but things get even better this time around with Tiger Woods making his first start since play resumed, and the red-hot Bryson DeChambeau will tee it up after a one-week break. As an invitational, the Memorial not only draws a top-notch field, but they know how to leverage their star power with premiere pairings. Rory McIlroy and Brooks Koepka will play alongside Woods during the first two rounds with Collin Morikawa, and Patrick Cantlay paired with DeChambeau. Dustin Johnson, Justin Thomas, and Xander Schauffele make for another terrific trio, and there would have been massive crowds surrounding these groups had tournament organizers not reversed course regarding fans in attendance this week.

Plenty of courses, most notably Pebble Beach, have hosted two Tour events in the same season but very few have hosted in back-to-back weeks. Muirfield Village is a wonderful venue to do so as Jack Nicklaus’ designs are almost uniquely qualified to provide a new challenge from round to round. Collin Morikawa won last week at 19-under, and Patrick Cantlay won the last Memorial at the same score, but the prevailing wisdom is that Muirfield will be toughened up this week. The roughs have been allowed to grow through this week, and greens will be quickened from 11.5 to near 13 on the stimp, so look for more of a US Open level challenge than a typical week on Tour. I still think the best ball strikers will find a way to net enough birdie chances to hit double digits under par by the end of the weekend, but those that struggle to find fairways and greens will be struggling to make the cut. There were several rounds of 75 or greater carded over the Workday weekend, and I would expect those scores to start things off at the Memorial for anyone, not on top of their game. Players that teed it up last week will certainly have a degree of comfort heading into this go around. Still, it is not an automatic advantage, especially if they fail to make the necessary adjustments.

Each week, we take a look at the online betting sites and highlight the best value bets on the board. You cashed in a 28 to 1 payday if you went with our Collin Morikawa pick last week, and we are both looking to make it two-in-a-row. We make a short, middle, and long odds pick to win and breakdown a couple of popular head-to-head matches that you can find at just about every golf betting outlet. Odds and pairings for this week can be found at Bovada. Here are our picks to win the 2020 Memorial Tournament.

Since we are staying at Muirfield, I will recap last week’s picks and note that they remain solid options for this week.

Made the cut on the number then fell near the bottom of the field after a Saturday 75. Rebounded nicely on Sunday with a tournament-low round of 64 to finish T27. Ideally, he continues with that trend.

He will be a popular pick in both betting and fantasy circles after winning last week. Retains some very good value with DJ, Rory, and DeChambeau pacing the field. Winning back-to-back weeks is unusual on Tour, but you could argue Collin has the best short term trend going.

Disappointed over the weekend, going 10-over after sitting T7 after two rounds. Hit 65% of his greens before the cut but less than half after. His game remains predicated on fairways and greens so that finish is scary, but four days of what he produced last Thursday should have him near the top. He’s a mixed bag player at best now but remains a decent dart throw if you are looking for a low unit flyer.

Cantlay has not missed a cut in 2020 and has T11 and T7 finishes since play resumed. That T7 came last week at Muirfield, and while Jack’s place will play a bit different this time around, Cantlay has been one of the best here over the last couple of years, finishing 4th in 2018 before winning the Memorial in 2019 while shooting 68 or better in six of his last twelve rounds. He enters the week 7th in tee-to-green performance, which is an absolute need at this course and ranks 5th in total strokes gained. Cantlay is top-8 in both birdies and scoring and is a real threat to defend his title, even against this strong field.

Woodland kicked it around a bit after coming out of the break but found the groove last week en route to a T5 and his 13-under total over the last three days was one of the best finishing stretches in the field. He is making his tenth start at Muirfield with a couple of top-10s to highlight his record here, and I like that experience overall. Gary is well known for the long drive, but he is one of the more accurate bombers and ranks 2nd in total driving on Tour. He adds the 6th best GIR rate and nets top-10 marks in birdies and scoring average. If Muirfield is really going to play like a US Open, it is worth mentioning that Woodland is the defending Open champ. Perhaps a toughened track plays in his favor.

Hadwin was up-and-down here last week with a sterling 66 to start, but a 5-over stretch pushed him down the board to 35th. He did finish well with a Sunday 68 and has made four of his five Memorial cuts, so I think he has a good look to put something together as he did in 2016 when he entered the final round in contention before finishing 11th. He has been very consistent this season in general with just one missed cut against three top-10s, and much of that success is on the back of his top-25 ranks in both fairways and greens hit. At 11th in total putting, Hadwin is a much better player on the greens than most realize, and his scoring average is even better than his raw birdie stats, so he checks the box as a good scrambler, even leading the Tour in sand saves. Players will need a few keys saves a round at this course, and Hadwin has that ability.

I have been waiting for Day to do a little something, and he came through with a solid T7 last week for one of his best finishes in quite some time. He has been as high as 15th at the Memorial, and while that doesn’t sound fantastic, Garcia is playing Muirfield for the first time since 2008. Sergio has just one top-25 finish in 2020, so his listing as a rather big favorite is debatable at best. The numbers are rather close in the ball striking department between these two, but Day is the better putter and is the better player around the greens, ranking 3rd in strokes gained, and that leads to Day having a scoring edge over Garcia. I think a tough venue will limit both players to a less than relevant status overall, but I like Day’s value here, and I think he can capture a head-to-head win with a modest top-30 as I have Sergio in the back half of this field and the more likely to miss the cut.

Although Thomas has been very hot coming out of the break, no one has been better than DeChambeau who has racked up T8 or better finishes in each of his last four starts, including a win at The Rocket Mortgage Classic. Thomas was the only player to card four rounds in the sixties last week but is just 1-2 against DeChambeau over the last three editions of the Memorial. Bryson leads the Tour in driving distance and overall off-the-tee performance and has an edge in this match in fairways hit and putting. Thomas isn’t too far behind in any category, but DeChambeau is just on another level right now, and I think you can continue to have him on your betting slip until he proves otherwise.