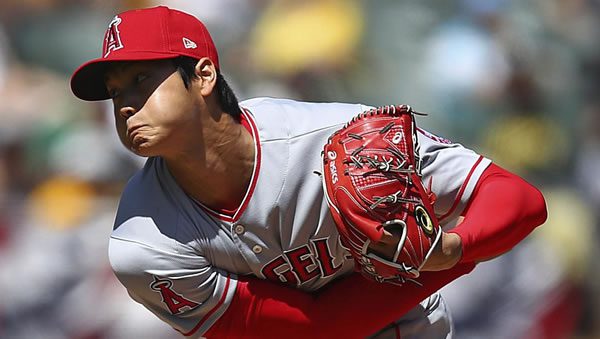 The Los Angeles Angels host the Houston Astros on Saturday, September 3rd at Angel Stadium of Anaheim. The first pitch in this matchup is scheduled for 09:07 ET. The MLB Odds Board places Los Angeles as the favorite (-110), with an OU line set at 8.0.

Houston looks to keep things rolling after taking down the LA Angels by the score of 4-2. Overall, the team’s pitching staff limited the LA Angels to 2 runs on 7 hits. The Astros benefited from an offense that generated 4 runs on 7 hits. Heading into their last game, Houston was the betting favorite at -130.0. So far, the team has been the favorite in 114 of their games, winning at a rate of 68.0%. Combined, the Astros and LA Angels fell short of the over-under betting line of 8.5 runs. So far, Houston has been a good candidate to fall below the betting line, as their over-under record sits at just 49-77-6.

The Astros are looking to continue adding wins, as they are 4-1 over their last 5 games. During this time, they have an average scoring differential of +6. Houston has put together this record, despite averaging just 3.4 runs per game, compared to their season average of 4.52. So far, Houston has won over half of their 44 series played, going 27-13-4.

The Angels will look to get back on track after dropping their last game by a score of 4-2 to the Astros. For the game, the pitching staff held the Astros to 4 runs on 7 hits. With their 7 hits, the Angels could only plate 2 runners. This loss came as no surprise, as Los Angeles came into the game as the underdog, getting 120.0. So far, the team has gone into 57 games as the underdog, still finding the win column at a rate of 33.0%. Combined, the Angels and Astros’ run total fell below the over-under line of 8.5 runs. This result comes as no surprise, as the team’s over-under record is just 56-66-10.

Across their last 5 contests, the Angels are above .500, going 3-2. Their recent success is backed by an average scoring margin of +2 (last 5). Los Angeles has benefited from strong pitching, as their offense has slipped in their last 5 games, averaging just 4.2 runs per game. Their overall average sits at 3.80. Los Angeles has a below .500 series record of just 16-22-4.

The Houston Astros will send Luis Garcia to the mound with an overall record of 11-8. So far, Garcia has put together an ERA of 4.07. In his appearances leading up to today, he has lasted an average of 5.57 innings. Garcia comes into the game with a batting average allowed of 0.227. Opponents are hitting for power against Garcia, as his HR/9 figure sits at 1.41. On the season, Luis Garcia has had no problem racking up strikeouts, posting a strikeout percentage of 25.0%. This includes a per game average of 5.74 K’s per game. For the season, he has struggled with command averaging 2.81 walks per outing.

Los Angeles will roll with Shohei Ohtani (11-8) as their starter. Heading into the game, Ohtani has appeared in 128 contests, posting an ERA of just 3.31. On average, he pitches 0.81 innings per appearance. Hits have been hard to come by against the right-hander, as his batting average allowed is just 0.214. Home runs have been a concern for Ohtani as he is allowing 1.22 per 9 innings. In terms of strikeouts, Shohei Ohtani has a strong K% of 34.0%, including a per-game average of 1.38. For the season, he has struggled with command averaging 2.87 walks per outing.

Today’s matchup between the Houston Astros and Los Angeles Angels will be their 15th meeting of the season. Houston has the lead in the series at 10-4. The over-under record in this series sits at 7-7. The average run total in these games is 9.21 runs per game. In these matchups, the average scoring differential sits at 4.07 runs. Last season, Houston picked up the series win, 13 games to 6. The over-under record in last year’s matchups was 10-9, with the average run total being 9.21 runs per game. The average scoring differential in this series was 4.16 runs per game.

Going into Saturday’s matchup between Houston and Los Angeles, the oddsmakers see this game going either way, with both teams getting -110 on the moneyline. Look for the Angels to come away with a win backed by a strong outing from Shohei Ohtani. In his last outing, the right-hander threw 7 scoreless innings vs Toronto. I like Los Angeles on the moneyline.