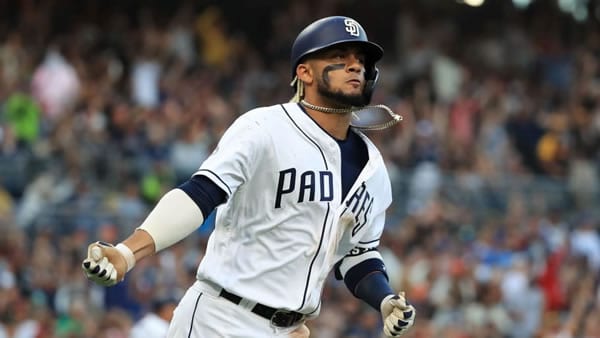 I kind of wish this was soccer, and correct score betting was a common thing because the Giants and Padres have been remarkably consistent with their scores this season. The teams have met four times in 2021, and three of them have finished 3-2, with the fourth coming in at 3-1 to the Padres. (For the record, a correct score of 3-2 to San Diego can be had for +1800 and 3-2 to San Francisco goes at +2700.)

Those low scores speak to why San Francisco is currently sitting on top of the NL West: the Giants have excelled at run prevention. San Francisco’s 83 runs given up ranks second in the National League to only the Mets, and that comes with an asterisk because the Mets have played six fewer games than the Giants thanks to COVID protocols. At 3.19 runs per game, the Giants have a mark nobody in the NL can match.

The Padres come pretty close, though, as they’re the leaders in ERA in both leagues. With a 2.87 ERA on the year, it’s been pitching and defense that has carried the Padres far more than their young offense. That’s why the total is as low as it is, and it might come in under yet again.

One of the main reasons San Diego pitching has excelled in 2021 is that the Padres miss bats with incredible frequency. With 304 K’s on the season, the Padres have 28 more strikeouts than the second-place Yankees, and opponents don’t do well at hitting safely either, registering a batting average of just .205.

So far, if you don’t get the ball out of the park against the Padres, you’re probably not bringing the run home. Of the 78 earned runs San Diego has conceded, 30 of them were strictly because the ball landed on the other side of the fence. Both outcomes were on display on Friday night, as Buster Posey had San Francisco’s only RBI of the game on a solo home run in the first inning (the Giants got their second run by hitting into a double play, which does not count as an RBI). Beyond that, Yu Darvish was boss on the hill, earning 12 of the Padres’ 16 strikeouts of San Francisco’s hitters.

Ask the Phillies: a good bullpen and closer are worth their weight in gold. The Padres and Giants both have quality bullpens that they can feel comfortable trusting the game to, and both teams have shown no hesitancy in using their closers to lock down the game. In the era of the opener and limiting starters to two trips through the lineups, saves don’t come as often as they used to, but these teams are the exceptions. The Padres and Giants are tied for the majors’ lead in saves with 11 each, meaning both teams have had their pitcher earn a save in more than two-thirds of their wins.

That says two things: First, these teams play close games because you can’t get a save without having the game within three runs (unless a reliever pitches the final three innings of the game, which virtually never happens in this day and age). Second, Mark Melancon and Jake McGee have done a fine job at locking down the game when their teams hand them a lead, meaning that if either team gets the game to the eighth inning with an edge, there’s a good chance they’re going to hold that advantage.

This should be an ideal night for baseball, with temperatures at 63 degrees at the first pitch and winds blowing nine miles to the southwest, which goes out to right center.

The teams have split four meetings so far, with the teams alternating their wins and losses. Both pitchers have already faced off against the opposing lineup. While Anthony DeSclafani has consistently pitched well this season for the Giants, Blake Snell really hasn’t looked quite the same this season in his move to San Diego. Snell hasn’t been terrible, but he hasn’t been quite as good as he was in Tampa Bay, and he’s already seen his team end up on the wrong side of this matchup in his first outing against the Giants.

With DeSclafani showing more consistency and both teams keeping runs off the board, I think this is an ideal time to take a shot with the Giants as the live dog.  Bet your baseball picks for FREE today by taking advantage of a generous 100% REAL CASH bonus on your first deposit of $100 to $1000 at BetNow Sportsbook!