Bet the Runline: Phillies vs. Diamondbacks 8/29/22 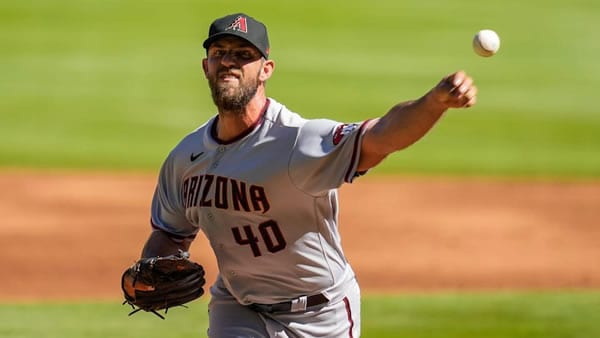 The Arizona Diamondbacks host the Philadelphia Phillies on Monday August 29th at Chase Field. The first pitch in this matchup is scheduled for 09:40 ET. The MLB Odds Board places Philadelphia as the favorite (-175), with an OU line set at 9.0.

The Phillies come into this matchup having suffered a 5 run loss to Pittsburgh (5-0). Philadelphia’s pitching staff finished the game by allowing 9 hits, leading to 5 runs. The Phillies ended the game with just 0 runs on 4 hits. Phillies suffered the loss, despite being favored at -250.0. So far, the team has been the favorite in 87 of their games, winning at a rate of 60.0%. Combined, the Phillies and Pittsburgh fell short of the over-under betting line of 8.5 runs. However, for the season, Philadelphia still has an overall over-under record of 63-60-5.

The Diamondbacks will look to add another win, as in their last game, they defeated the White Sox by a score of 3-2. In the win, the pitching staff allowed just 2 runs on 7 hits. The Diamondbacks’ offense ended the game with just 3 runs on 3 hits. This was a good win for the Diamondbacks, as they were underdogs at 160.0 on the moneyline. So far, the team has gone into 85 games as the underdog, still finding the win column at a rate of 42.0%. Combined, the Diamondbacks and White Sox run total fell below the over-under line of 7.5 runs. This result comes as no surprise, as the team’s over-under record is just 58-64-4.

In their last 5 games, the Diamondbacks have put together a record of 4-1. During this time, the team’s run differential sits at +13. Compared to their season average, the Diamondbacks come into this game swinging the bats well, averaging 6.0 runs per game. Arizona has a below .500 series record of just 15-18-7.

Ranger Suarez gets the start for the Phillies, with an overall record of 8-5. So far, Suarez has put together an ERA of 3.38. In his appearances leading up to today, he has lasted an average of 5.45 innings. Compared to other starters, the left-hander has a high BA allowed, currently sitting at 0.246. So far, Suarez has managed to keep the ball in the ballpark, allowing just 0.75 home runs per 9 innings. On the season, Ranger Suarez has had no problem racking up strikeouts, posting a strikeout percentage of 20.0%. This includes a per-game average of 4.64 K’s per game. For the season, he has struggled with command averaging 3.38 walks per outing.

The Arizona Diamondbacks will send Madison Bumgarner to the mound with an overall record of 6-13. So far, Bumgarner has put together an ERA of 4.53. In his appearances leading up to today, he has lasted an average of 5.32 innings. Opposing teams have hit the ball well against the right-hander, with a batting average of 0.276. Opposing batters have been able to drive the ball with power against Bumgarner, averaging 1.29 homers per 9 innings pitched. On the season, Madison Bumgarner has had no problem racking up strikeouts, posting a strikeout percentage of 17.0%. This has led to an average of 3.88 K’s per game. For the season, he has struggled with command averaging 2.91 walks per outing.

For the season, the Philadelphia Phillies and Arizona Diamondbacks will be playing their 4th game of the season. So far, Philadelphia is leading the season series, 2-1. The over-under record in this series sits at 2-1. The average run total in these games is 9.29 runs per game. The average scoring margin in these meetings is 6.0 runs. Dating back to last season, Arizona picked up four wins compared to 3, taking the season series. In these seven meetings, the two teams combined for an over-under record of 3-3. Last year, the Phillies and Diamondbacks averaged 9.29 runs per game. On average, the winning team won by a margin of 2.71 runs per contest.

More Picks: Get our suggested bet backed by analysis for the Padres vs. Giants game tonight >>>

Going into Monday’s National League matchup between Philadelphia and Arizona, the Phillies are the strong favorite on the moneyline. Look for Philadelphia to add on to Madison Bumgarner’s recent struggles as he has given up at least 5 earned runs in 3 straight starts. I recommend taking the Phillies on the runline.