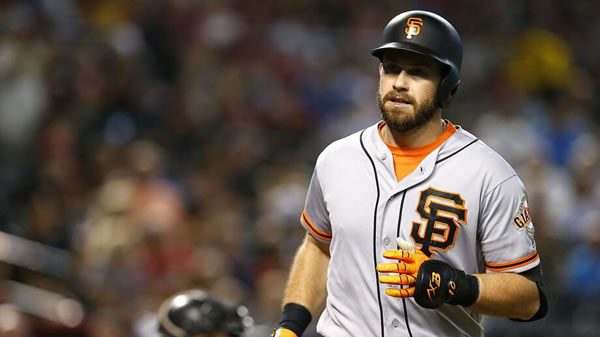 The San Francisco Giants host the San Diego Padres on Monday August 29th at Oracle Park. The first pitch in this matchup is scheduled for 09:45 ET. The MLB Odds Board places San Francisco as the favorite (-145), with an OU line set at 7.0.

The Padres come into this matchup having suffered a 8 run loss to the Kansas City (15-7). In the loss, San Diego’s pitchers gave up 15 runs on 18 hits. Offensively, they finished with 7 runs on 10 hits. This defeat came despite being favored at -200.0. So far, the team has been the favorite in 96 of their games, winning at a rate of 55%. With the over-under line set at 9.5 runs, the Padres and Kansas City combined to go over this total. On the season, San Diego’s over-under record is 58-67-4.

San Francisco is coming off a 5 run loss to the Twins. Dropping the game 8-3. In the game, the team’s pitching staff allowed a total of 11 hits, leading to 8 runs. With their 10 hits, the Giants could only plate 3 runners. San Francisco dropped the game despite being favored at -110.0. For the season, the team has been favored in 93 games, winning at a rate of 56%. The Giants and Twins went over the run total line set at 9.0 runs. Overall, the team has gone over the betting line in over half of their games, going 60-59-7.

San Diego will roll with Mike Clevinger (4-5) as their starter. To date, Clevinger has an ERA of 3.59 while lasting an average of 5.01 innings per appearance. Through 16 outings, opposing teams have combined for a batting average of 0.217. Home runs have been a concern for Clevinger as he is allowing 1.24 per 9 innings. Per game, Mike Clevinger is averaging 4.38, on a strikeout percentage of 21.0%. Command has been a problem for Clevinger, as he is giving up 2.91 walks per outing.

The San Francisco Giants will send Carlos Rodón to the mound with an overall record of 12-6. Heading into the game, Rodón has appeared in 25 contests, posting an ERA of just 2.81. On average, he pitches 5.88 innings per appearance. Hits have been hard to come by against the right-hander, as his batting average allowed is just 0.206. Home runs have not been an issue for Rodón, as he is giving up just 0.55 per 9. Overall, Carlos Rodón has struck out 32.0% of the batters he has faced. On average, he averages 7.56 K’s per game. Command has been a problem for Rodón, as he is giving up 2.5 walks per outing.

For the season, the San Diego Padres and San Francisco Giants will be playing their 14th game of the season. San Diego has the lead in the series at 8-5. The over-under record in this series sits at 7-6. The average run total in these games is 8.84 runs per game. In these matchups, the average scoring differential sits at 4.08 runs. Dating back to last season, the San Francisco picked up 11 wins compared to 8, taking the season series. The over-under record in last year’s matchups was 12-7, with the average run total being 8.84 runs per game. The average scoring differential in this series was 3.47 runs per game.

Leading into Monday night’s NL West showdown between San Diego and San Francisco, the over-under line is set at 7 runs. With Mike Clevinger and Carlos Rodon on the mound, look for this to be a low-scoring game. San Francisco hasn’t scored more than 3 runs in over a week of games, while the Padres offense continues to be up and down. I recommend taking the under.

Free MLB Pick: Under 7 Runs. Bet your Padres/Giants over/under prediction for FREE by scoring a generous 100% real cash bonus up to $300 when you use bonus code PREDICT100 at MyBookie Sportsbook!