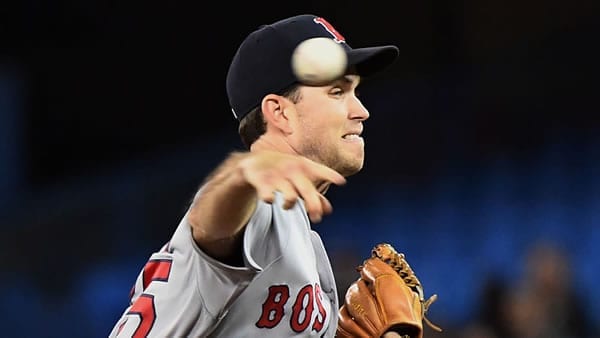 No team has had a weirder earlier schedule than the Yankees, who were the third domino to fall in the Marlins’ COVID-19 outbreak. Miami announced it had seen a virus outbreak after facing the Phillies in the first weekend, which triggered the postponement of the Yankees’ games in Philadelphia, as they would have been using the same visitors’ clubhouse at Citizens Bank Park that the Marlins had just visited. Instead, New York had to wait two days before abandoning Philadelphia and instead of going to Baltimore and facing the Orioles, who had been scheduled to play the Marlins.

Because of that, the Yankees are actually in a rare situation where they traveled further to get to a home game than their opponents did, as they had to battle through a rain delay in Maryland while the Red Sox were in Queens facing the Mets on Thursday. The Yankees have proven that they can adjust through some pretty incredible circumstances, which could have the effect of drawing a talented team even closer together and creating an “us vs. the world” mentality. Given the immense talent advantage that the Yankees possess, if that happens, look out.

Has Boston figured things out after a quick two-game sweep of the Mets? The Red Sox were a mess after a disastrous four-game skid at the hands of the Orioles and the Mets, but they got strong pitching when the series moved to Queens and picked up a pair of wins. The question is, are the Red Sox capable of getting solid pitching from spots three and four in their rotation?

To say Ryan Weber had a rough opening campaign is a little like saying Norwich City had a rough two months in the Premier League since their restart. Much like the Canaries were in England, Weber was pounded by the Orioles in his first start, giving up six hits and three walks to get tagged with six earned runs in 3.2 innings of work. With Weber, there’s not much of a sample size with which to work, as he was a reliever a year ago and would regularly pitch long relief when needed. Only once did he throw longer than four innings, doing so in a win over Toronto in May of last year.

Against the Yankees last season, Weber was reasonably effective, holding them scoreless twice and giving up a pair of runs in a third appearance. But how will he react to the Yankee hitters seeing him twice in the same game, something that wasn’t the case in two of his three appearances against them last year?

The Yankees need to get their bats going. New York has been very fortunate to have been able to rely on its pitching so far, as the Yankees rank 21st in batting average and 17th in runs scored. Part of that has to do with opening against the defense-heavy Nationals. Still, the other problem is that outside of Giancarlo Stanton and DJ LeMahieu, the Yankees just are not hitting the ball. Outside of Stanton and LeMahieu, the only hitter in pinstripes above .220 is Aaron Judge at .263. Three Yankee regulars have a batting average under the Mendoza Line, and that cannot continue if this club is to reach its World Series goals.

Showers are in the forecast on a chilly night in the Bronx, with temperatures expected to hit 72 degrees at the first pitch.

The Red Sox bounced back well against the Mets in Queens, but I can’t see their momentum continuing against the Yankees. New York is not going to keep hitting as poorly as it has, and this could be the game where the Yankee hitters break out of their slumps entirely and take advantage of a struggling pitcher in Weber.

I can see this being a very high-scoring game as long as the weather allows them to play, and given that the Red Sox have played just one one-run game in seven, I can’t see the runline being a deterrent here. I’d take the Yankees on the run line to avoid paying the juice. Where are you betting your MLB picks ths season? Why not consider making the switch to discounted odds? It’ll save you a TON of money! See our 5Dimes Review which will spell out how much they are better than your overpriced bookie! Click here to start saving big money and enjoying a much larger wagering menu today!