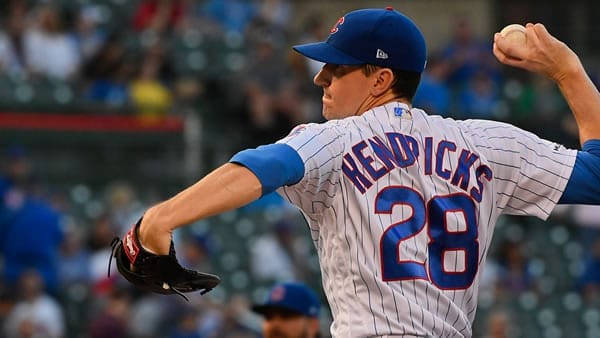 OK, that’s a bit unfair to St. Louis given that they did manage to win a game on Thursday against the Indians, but otherwise, St. Louis really hasn’t been playing well as of late. On Friday, the culprit was the bullpen and Johan Oviedo going one inning too long, as the Cubs broke out in the fifth inning and turned a 5-1 Cardinals lead into an 8-5 Cubs victory. On the other side of the coin, the Cubs’ bullpen was outstanding from start to finish. Chicago gave up five runs early to St. Louis, but once they handed it over to their relievers, the final five innings went as well as anyone on the North Side could have hoped. The Cubs held the Cardinals to three hits and no runs over the final five innings, allowing them to turn the game around and hand St. Louis what could be a potentially devastating loss.

For the season, the Cubs are 19-9-4 in the first five innings at Wrigley Field. Now that 30,000+ fans are allowed in Wrigleyville again, that’s likely to become an even bigger advantage for Chicago. It didn’t work out well for the Cubs in their first game in front of fans, but it ended up turning in Chicago’s favor when the bullpen took over the game. How this works out long-term is anyone’s guess, but with Kyle Hendricks on the mound, Chicago’s likely to keep the score low in the first five innings. Hendricks has been remarkably consistent over his past five starts, earning a quality start in all five appearances and never giving up more than three runs.

Get daily best bets with analysis from the diamond >>> Expert MLB Picks.

Whether John Gant is able to bounce back from his last appearance will go a long way toward determining whether the Cardinals are able to pick themselves up off the canvas here. For most of the year, Gant has been a reliable starting option for the Cardinals, giving up nine runs in his previous nine starts before a disastrous outing against Cincinnati. In his most recent start, Gant gave up seven runs in four innings after not giving up seven runs in the past six weeks, in large part because he gave up two home runs for the first time all season. If Gant can keep the ball in the park, never a guarantee at Wrigley Field, the under has an excellent chance to hit.

The wind should improve Gant’s chances of keeping the ball in the park, as the wind will blow in from left-center field at seven miles per hour, with temperatures hitting 75 degrees.

With the Cardinals still struggling to get anything going and the Cubs being one of the strongest home teams in 2021, this one seems like a relatively straightforward endeavor. I think the best bet on the board is actually the under, as I think Gant will get back to form and keep the Cubs’ score down. But I’m not seeing much that inspires confidence from St. Louis as a whole, and Hendricks has been pitching very well for the past few weeks. I’m going to back the Cubs here.