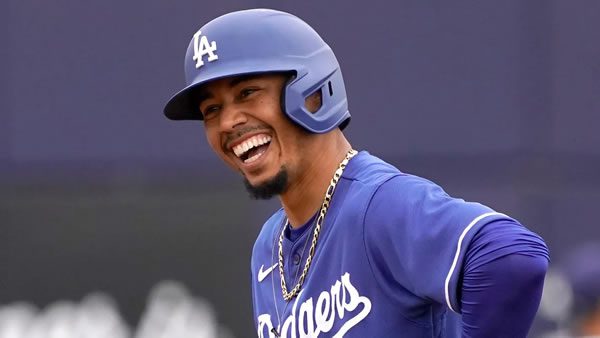 The Los Angeles Dodgers host the St. Louis Cardinals on Friday September 23rd at Dodger Stadium. The first pitch in this matchup is scheduled for 10:10 ET. The MLB Odds Board places Los Angeles as the favorite (-175), with an OU line set at 6.5.

The St. Louis Cardinals will look to add another win to their resume after pulling out a slim 5-4 win over the San Diego. The San Diego came up with 5 hits leading to 4 runs against St. Louis’s pitchers. The Cardinals lineup had a good night at the plate, coming up with 8 hits, leading to 5 runs. This victory came despite being the betting underdog, getting 135.0 on the moneyline. With the over-under line set at 8.0 runs, the Cardinals and San Diego combined to go over this total. Games involving the Cardinals have stayed below the over-under line more than half of the time, at 71-75-5.

Over the Cardinals’ last 5 contests, they have a record of just 2-3. In this rough stretch of games, the team’s run differential comes in at -7. St. Louis’s offense is in the middle of a cold streak, as their offensive production has dipped to just 1.2 runs per game over their last 5 contests. So far, St. Louis has won over half of their 46 series played, going 25-11-10.

In their last game, the Dodgers picked up a close win over the Diamondbacks by a score of 3-2. For the game, the pitching staff held the Diamondbacks to 2 runs on 4 hits. With their 6 hits, the Dodgers could only muster 3 runs. In the game, Los Angeles was able to take care of business as they were the favorite at -225.0. So far, the team has won 71.0% of the games in which they were favored. Combined, the Dodgers and Diamondbacks’ run total fell below the over-under line of 7.0 runs. Now, Los Angeles had an over-under record of 63-75-12.

Across their last 5 contests, the Dodgers are above .500, going 3-2. They have managed to pick up these wins despite having a negative run differential over their last 5 games (-3). Los Angeles has benefited from strong pitching, as their offense has slipped in their last 5 games, averaging just 3.4 runs per game. Their overall average sits at 5.35. On the season, Los Angeles has won more than half of their series, going 35-10-2.

St. Louis will roll with José Quintana (3-5) as their starter. Currently, Quintana has an ERA of just 3.32 while pitching an average of 5.15 innings per outing. Across his previous starts, opposing teams have put together a batting average of 0.248. So far, Quintana has managed to keep the ball in the ballpark, allowing just 0.61 home runs per 9 innings. Per game, José Quintana is averaging 4.45, on a strikeout percentage of 21.0%. For the season, he has struggled with command averaging 2.71 walks per outing.

Los Angeles will roll with Andrew Heaney (3-2) as their starter. Heading into the game, Heaney has appeared in 13 contests, posting an ERA of just 2.66. On average, he pitches 4.69 innings per appearance. Overall, opponents have a batting average of just 0.207 against the right-hander. Despite a strong batting average allowed, Heaney is prone to giving up home runs, averaging 1.77 homers per 9 innings pitched. Overall, Andrew Heaney has struck out 36.0% of the batters he has faced. On average, he averages 7.08 K’s per game. Heaney has done a good job at limiting walks, averaging just 2.36 per contest.

Today’s matchup between the St. Louis Cardinals and Los Angeles Dodgers will be their 4th meeting of the season. Los Angeles holds the edge in the series at 2-1. Through 3 games, the series over-under record is 2-1, with the average run total sitting at 8.25 runs per game. The averge scoring margin in these meetings is 2.0 runs. Los Angeles won last year’s head-to-head series, grabbing 5 wins to 3. The over-under record in last year’s matchups was 3-4, with the average run total being 8.25 runs per game. The average scoring differential in this series was 3.75 runs per game.

Heading into Friday’s National League showdown between St. Louis and Los Angeles, the Dodgers are the favorite on the moneyline. However, look for the Cardinals to pick up the win, as Jose Quintana has pitched well vs the Dodgers this season, giving up just 2 earned runs across 2 outings. In addition, St. Louis has picked up 4 straight wins with the left-hander on the mound.

Free MLB Pick: Cardinals Moneyline. Bet your MLB picks for FREE this week by taking advantage of a 100% real cash bonus when you use bonus code PREDICTEM on the special offers page at the web’s oldest and most trusted bookie –> Everygame!