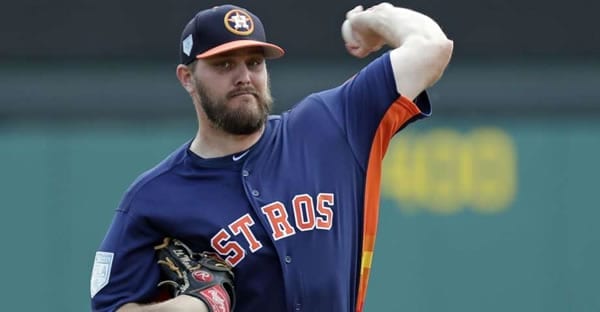 What do you do when the defense behind you has the lowest fielding percentage in the National League? Not give them the chance to screw things up. That’s been the formula that Kyle Hendricks has followed in his past four starts, as he’s managed at least seven strikeouts in three of them. The formula worked to perfection in starts against Miami and Cincinnati, when he struck out seven and made it through eight innings, holding the opposition to a single run in each outing.

When Hendricks is missing bats, he’s proven to be as tough a pitcher as there is in the National League. But when he doesn’t miss bats, more often than not, the ball lands where it shouldn’t. When he’s failed to top four strikeouts, he’s given up six or more hits on four out of five occasions. That’s a very bad thing, because when Hendricks allows at least six hits, things don’t turn out well for the Cubs. Chicago is 4-0 when Hendricks keeps the hit total to five or less, but 1-5 when Hendricks allows at least six batters to earn their way on with a hit of some kind.

When Wade Miley takes the mound, you can pretty much count on one thing: he’s going to be pitching in the sixth inning, and he won’t be on the mound in the seventh. The Astros have given Miley the ball 11 times this season, and in nine of them, he pitched into the sixth inning before coming out. Seven times, he completed the innings, while two others required him to come out with one out to go before ending the inning. That consistency is one reason why the Astros have gone 8-3 with Miley on the mound: they know with almost complete certainty that he’s going to get the game to their bullpen with a chance to win. When he makes it through six innings, it’s been a sure thing that Houston’s going to pick up a win as of late. In Miley’s past five six-inning starts, all five have gone into the win column for the Stros.

How exactly have the Astros managed to keep themselves not only treading water, but swimming away from the pack against good teams, despite having Jose Altuve and George Springer out of the lineup with injuries? Ask Alex Bregman. Bregman has simply bashed the ball in May, hitting two home runs on Tuesday to set a new Astros record for home runs in the month of May with 12. The Astros have gotten it done elsewhere with their great depth, and it’s time to take them seriously when they discuss just how deep of a ball club they’ve got. The best example of Houston’s depth comes with a look at the AL West standings. While the Astros have battled injuries, Oakland has ripped off a 10-game winnings streak — and the Athletics are still seven games back of Houston. There’s not much that can stop this team.

This used to be a bit of a rivalry, given that the teams were in the same division from 1994 until the Astros left the National League in 2013. The teams have played just eight games since and have split them. Now, the teams have combined to win two of the past three World Series crowns, and this matchup is being touted as a potential World Series preview. If that’s the case, the Astros would go into such a matchup feeling confident, having won the first two in this series.

With the temperature slated for the low 90s, expect the Astros to close the roof.

The Cubs are simply in a slump right now, and they’re not a great team away from home anyway. That’s a bad combination against an Astros squad that’s playing like it has a point to prove. Houston has shown that it’s one of the best teams in baseball and it can withstand a few injuries and still hold that title. I don’t see much reason to go against the Astros here, so I’m not going to overthink it. Give me Houston to complete the sweep.