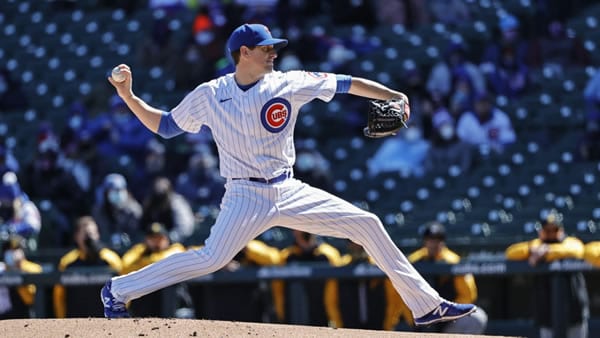 If nobody’s used that nickname for Kyle Hendricks, they absolutely should because he’s proven to be the master of the Cards over the past five years. In their past 17 tries against Hendricks, the Cardinals are 2-15 overall when he takes the hill and 0-14 when the game ends in nine innings. It hasn’t mattered how much run support the Cardinals give their pitcher or how well he ends up pitching; the Cubs have simply gotten a better showing out of Hendricks each and every time.

So far, Hendricks hasn’t had to do too much to get a result, as each of his past three starts against the Cardinals have been sheer dominance by his team. The Cubs have won by 7-2, 12-3, and 10-5 against the Cardinals with Hendricks on the mound, and the 31-year-old right-hander hasn’t given up more than two runs in a start against St. Louis this year. He’s only had one appearance in Busch Stadium, but it was easily the most comfortable he’s appeared on the mound against the Cardinals, as he scattered seven hits and only allowed one other base runner. Hendricks wins no prizes for strikeouts, but he more than gets the job done by keeping hitters off balance and getting them to produce weak contact.

This could be the death blow for the Cardinals’ fading hopes of being a factor in the NL Central race. The Cubs seem to have accepted their destiny as an also-ran this season and are ready to sell off their valuable assets, but the Cardinals don’t seem like they’re there yet. Instead, they seem to be viewing this as their time to either show that there’s enough left to hold on to what they have or finally decide to sell a few pieces and concede the NL Central.

The last time the Cardinals failed to win at least half their games was 2007, and that was a year where they were injury-plagued and coming off the World Series hangover. The Cards are likely having a harder time with deciding to sell than the Cubs because of that because Chicago already seemed to know its window slammed shut when it lost to the Marlins. The Cardinals keep holding on, which could be to their detriment. St. Louis managed to fritter away a five-run lead in the ninth to Chicago on Tuesday, and a repeat could be what triggers the Cardinals to finally pull the trigger. Whether that’s motivation for this bunch remains to be seen.

Throw the Book Away

On paper, this should be a low-scoring battle between a pair of teams that don’t really hit the ball all that well. Both teams rank in the bottom half in runs scored, with the Cubs ranking 20th and the Cardinals coming in at 26th. But when these teams see each other, the bats just seem to come to life. The over has cashed in five of the past seven matchups, with the teams scoring a combined 69 runs in those games. The Cardinals have been especially potent as of late in this head-to-head, as they haven’t scored fewer than five runs in the past four matchups.

There are many days where I’d love to be a major league baseball player. This is definitely not one of them. This will be a disgusting day in Missouri, with temperatures pushing 88 degrees and humidity making that feel like 97. Wind won’t be much help, blowing in at five miles per hour.

The big question here is whether St. Louis can bounce back from the way the ninth inning went and whether they can finally solve things against Hendricks. The Cubs’ hurler has basically done whatever he wants against St. Louis, and with the Redbirds reeling and likely to officially throw in the towel at the deadline, I’m not sure they can get up off the canvas.