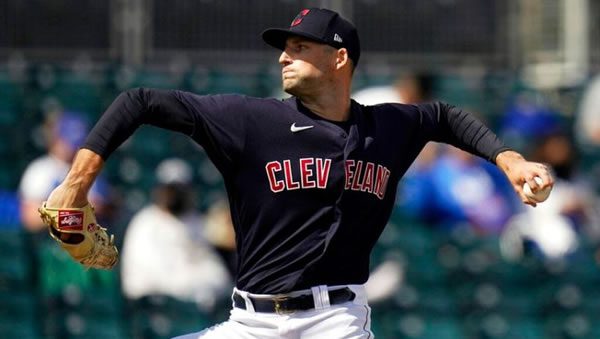 (Get the best MLB lines >>> Why pay more for favorites and get paid less for underdogs?)

Feeding Off the Bottom

Quietly, the Reds have pulled themselves back into the race for the NL wild card (and if the Brewers aren’t careful, Cincinnati could pull itself into the race for the NL Central, as it’s just five games back of Milwaukee now) by beating up on the bottom of the barrel. Cincinnati has won 10 of its last 12 games, with the majority of the damage coming against the Pirates, Twins, and Cubs, none of whom will be anywhere close to the playoffs when all is said and done.

The big question is whether the Reds can keep it up as the schedule difficulty steps up a bit. Cincinnati did take two of three from the Mets, suggesting that the Reds do have staying power. That might be the difference against a Cleveland team that is quickly seeing their playoff hopes fade. The Indians are now looking up at six teams in the race for one of the two AL wild cards, and they’re currently 8.5 games back even after the Red Sox dropped three out of four in Toronto. The Indians are now on the wrong side of .500 and are playing without manager Terry Francona, who’s sidelined for the year with health issues. If things continue to slide for the Tribe, there’s a good chance that they become a major fade team over the rest of the campaign.

Usually, Luis Castillo’s success or failure is determined by how well he does at getting hitters to chase his pitches. Castillo excels at missing bats, but he also has a problem with missing the strike zone, as happened a month ago against Milwaukee. In that game, Castillo was able to pitch out of danger well enough for the Reds to get a win, but the reason he had to pitch out of danger was that he did it to himself by walking six hitters.

In this situation, however, it’s anyone’s guess as to which way the battle will go because the Indians are simultaneously a patient and an impatient team. Cleveland strikes out fewer than all but seven other teams, but the Indians also have fewer walks than anyone except Kansas City. The Tribe instead excels at putting the ball in play and seeing what happens from there. For the most part, it hasn’t worked out for the Indians; they’ve hit just .233 as a team, which ranks 24th in the majors.

It’s either desperation or resignation that has the Indians throwing Sam Hentges in this match because the Tribe left-hander isn’t exactly who you want starting a game in August if you have playoff aspirations. That begs the question as to whether the Indians actually still believe they can make the playoffs because throwing Hentges in a starter role is a rather ill-advised prospect unless you plan on a bullpen game.

When he only goes an inning or two, Hentges has done his job reasonably well. But only once has he gone longer than two innings without giving up at least four runs. The lone exception was a win over Pittsburgh — the same team the Reds just pounded in four straight contests.

More Picks: Get more MLB picks from the pros >>>

This game isn’t going to be pleasant for anyone involved, as temperatures are set to hit 89 degrees, with the humidity pushing it to 98 at the first pitch. The wind will blow at 10 miles per hour toward right-center, but in the moist air, that likely won’t help much.

History says that the Reds have a difficult time coming north up Interstate 71, but those were against some much better Indians teams than what Cleveland’s putting on the field in this game. The bottom line is that Cincinnati is very much alive in the playoff race, and Cleveland is not, which means the Reds are likely to be much better equipped to win this game.
As such, that’s where I’m looking with this one. Give me the Reds. Bet your baseball picks for FREE this week by scoring a 100% bonus up to $300 at MyBookie! (Must use bonus code PREDICT100).