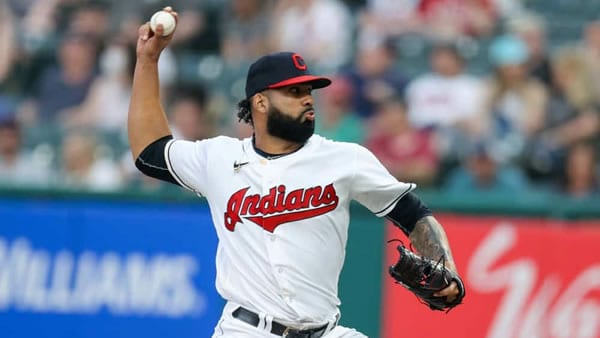 Something’s got to change fast if St. Louis is going to stay in the race for the NL Central because the Cardinals are now riding a six-game skid and haven’t played well in any of them. St. Louis has just one win in its past nine games, and in each case, it’s because the Redbirds have been pounded by opposing hitters. In seven of their past eight defeats, St. Louis has given up five runs or more, including ten runs on Tuesday, to an Indians team that won’t make anyone in Cleveland forget the 1995 Indians.

There’s nothing wrong with losing to the likes of Shane Bieber, but there’s a difference between losing because Bieber had a great day on the mound and never giving yourself a chance to even stay in the game. St. Louis did the latter and was down 6-1 when Bieber left the game in the seventh inning, making the rest of the game academic from there. Over their past nine games, the Cardinals have been outscored 67-28, a great way to lose a lot of baseball games.

The Indians are likely gambling on making this a bullpen game, which is probably a well-reasoned risk. Cleveland has been somewhat inconsistent as of late on defense, and a pitching shakeup like this can sometimes pay off for a team that needs a bit of a jolt. The Indians have bounced back and forth between solid performances and disastrous outings over the past week, as they easily shut the Cardinals down on Tuesday but gave up 18 runs to Baltimore the game before that.

Despite being on the lower end of the scale in both batting average and on-base percentage, Cleveland has actually played to the over in 31 of its games this season. That’s largely because the Indians’ pitching has struggled to find a level of consistency throughout the season, leading to several instances where the total has been set far too low.

This is often one of the interesting things about baseball: how does a team respond after getting drilled the previous game? Lately, if you’ve been to St. Louis, the answer has been pretty poor. But the way a team responds to a blowout is often indicative of whether that team is a real contender or not because blowouts are simply a part of the game and will happen over a 162-game slate. The Indians have shown they can respond well to being on the wrong end of a blowout, as they gave up 18 to Baltimore on Sunday before coming up with Tuesday’s 10-1 rout.

St. Louis, on the other hand, hasn’t yet figured out what it needs to do to overcome some recent failures. The Cardinals have allowed things to snowball over the past week, and they’re in serious danger of watching things spiral out of control if they don’t find a way to stop the bleeding and string some runs together. Getting a solid performance out of veteran pitcher Adam Wainwright would make a world of difference.

It’s going to be very warm in St. Louis, with temperatures hitting 83 degrees and the wind playing no real factor at all, blowing in from center field at just four miles per hour.

St. Louis is a better team than it has shown over the past week, but the Cardinals really don’t look like they’re ready to break out of this slump. The fact that Cleveland is going with a bullpen game is a little bit concerning, but the Indians have tended to do pretty well when they’ve opted for such a strategy over the past few seasons.

The bottom line is, I don’t trust St. Louis at all right now, and when I don’t trust the favorite, I certainly don’t lay juice with them. I’ll take Cleveland. Bet your MLB picks FREE this week by taking advantage of a 100% REAL CASH bonus on your first deposit of $100 to $300 at MyBookie Sportsbook! (Must use bonus code PREDICT100 to receive the special bonus!)