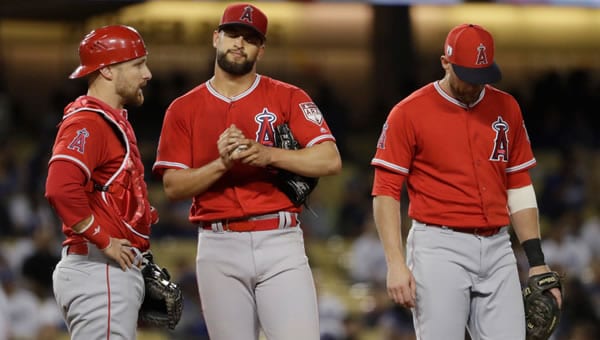 The Los Angeles Angels host the Los Angeles Dodgers on Friday, July 15th at Angel Stadium of Anaheim. The first pitch in this matchup is scheduled for 09:38 ET. The MLB Odds Board places Los Angeles as the favorite (-210), with an OU line set at 8.0.

The Los Angeles Dodgers will look to pick up another big win after they defeated the Cardinals by a score of 4-0. On their way to the victory, the pitching staff gave up 0 runs on 5 hits. The Dodgers benefited from an offense that generated 4 runs on 8 hits. In the matchup, Los Angeles was favored at -160.0 on the moneyline. So far, the team has been the favorite in 86 of their games, winning at a rate of 66.0%. Together, the Dodgers and Cardinals stayed below the over-under line set at 9.0 runs. So far, Los Angeles has been a good candidate to fall below the betting line, as their over-under record sits at just 34-46-8.

In the Dodgers’ last 5 games, they are above .500, going 4-1. During this time, they have an average scoring differential of +8. Their hot play has been driven by an offense that typically averages 5.07 runs per game. But, over this stretch, this figure has bumped up to 6.4. So far, Los Angeles has won over half of their 28 series played, going 19-8-1.

In their last game, the Angels suffered a 1-run loss to the Astros by a score of 3-2. Even in the loss, the pitching staff allowed just 3 runs on 4 hits. The Angels’ offense ended the game with just 2 runs on 12 hits. This loss came as no surprise, as Los Angeles came into the game as the underdog, getting 160.0. In their 28 games as the underdog, their straight-up win percentage sits at 18.0%. With this result, the Angels and Astros combined to fall below the over-under line of 8.0 runs. Now, Los Angeles had an over-under record of 38-45-7.

Clayton Kershaw gets the start for the Dodgers, with an overall record of 6-2. Currently, Kershaw has an ERA of just 2.4 while pitching an average of 5.75 innings per outing. Hits have been hard to come by against the left-hander, as his batting average allowed is just 0.221. In addition, to his strong BA allowed, he has been able to limit power, allowing just 0.71 home runs allowed per 9 innings. In terms of strikeouts, Clayton Kershaw has a strong strikeout percentage of 28%, including a per game average of 6.27. Leading into the game, he has shown a strong command of his pitches, averaging just 1.7 walks per contest.

Los Angeles will roll with Patrick Sandoval (3-4) as their starter. In his previous outings, Sandoval has lasted an average of 5.44 innings, putting together an ERA of just 2.95. Together, opponents have a batting average of 0.246 against Sandoval. Opposing batters are hitting for power at a below-average rate against Sandoval, as he is allowing just 0.47 per 9 innings. On the season, Patrick Sandoval has had no problem racking up strikeouts, posting a strikeout percentage of 25.0%. This has led to an average of 6.0 K’s per game. Command has been a problem for Sandoval, as he is giving up 4.01 walks per outing.

For the season, the Los Angeles Dodgers and Los Angeles Angels will be playing their 3rd game of the season. The Dodgers have the lead in the series at 2-0. Through 2 games, the series’ over-under record is 0-2, with the average run total sitting at 10.67 runs per game. In these matchups, the average scoring differential sits at 2.5 runs. When looking back to last season, the team’s split the season series, with each team picking up 3. The over-under record in last year’s matchups was 3-3, with the average run total being 10.67 runs per game. On average, the winning team won by a margin of 3.33 runs per contest.

Heading into Friday’s matchup between the Dodgers and Angels, the Dodgers are the heavy favorite on the moneyline. Even though Clayton Kershaw hasn’t been working deep into games, he could be in line for an outstanding start vs an inconsistent Angels offense. Throughout the season, the Angels have failed to give Patrick Sandoval much for run support. I like the Dodgers to cover the runline.

Heading into Friday’s matchup between the Dodgers and Angels, the Dodgers are the heavy favorite on the moneyline. Even though Clayton Kershaw hasn’t been working deep into games, he could be in line for an outstanding start vs an inconsistent Angels offense. Throughout the season, the Angels have failed to give Patrick Sandoval much for run support. I like the Dodgers to cover the runline.

Free MLB Pick: Dodgers -1.5 Runline. Bet your Dodgers vs. Angels prediction and ALL your MLB bets for FREE this week by taking advantage of a 100% real cash bonus when you use bonus code PREDICTEM at Betnow Sportsbook!