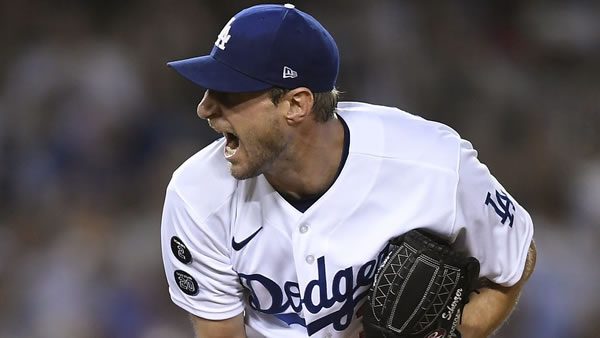 Moneyline: LAD -170/ATL +150 (Get better lines >>> Risking less on favs and getting paid more on underdogs DOES NOT SUCK!) NOTE: WITH SCHERZER OUT, THE LINE HAS DROPPED TO LAD -158)

The Braves couldn’t get the job done in Game 5 in Los Angeles, which means now they’ve got to hope that home-field advantage proves to be enough to get them to the World Series. Last year, Atlanta had the Dodgers down 3-1, but Los Angeles had the pitching to come back and did exactly that, taking advantage of the fact that they played the whole series in pitcher-friendly Arlington.

This time, the Braves actually get to play at home, and they’ve got a chance to slam the door here before the Dodgers can get up off the mat and give themselves the edge. The good news is that the Braves have played in three previous series where a team came back from down 3-1 to force a seventh game, and in two of them (1992 and 1996 NLCS), the Braves emerged victorious in Game 7 to reach the World Series. The third was the Dodgers last year, and the big difference was that in 1992 and 1996, Game 6 and Game 7 were both played in Atlanta.

Scherzer had a dead arm in Game 2 and admitted it, as Atlanta took control of the series by taking advantage of the Dodgers’ starter. Scherzer is back to regular rest, but it’s fair to question how much that extra experience took out of him. At 37, Scherzer’s durability isn’t what it was, and his body isn’t going to get back on track anywhere near as easily as it did at 27. The Dodgers wouldn’t trade the save for anything, as not using him likely would have meant this game would be played in San Francisco, but it’s a reasonable question as to whether Scherzer’s arm can handle the gymnastics the Dodgers had to put him through in order to get to this game.

BE SURE TO CHECK OUT TODAY’S NCAA FOOTBALL PICKS!

As Long as Possible

After what we’ve seen in Game 2 and Game 5, it’s clear that betting on pitcher props is a fool’s errand in this series because both managers will have quick hooks whenever necessary with their starters. Gone are the days where you could get a Game 6 of Steve Avery and Doug Drabek both throwing eight shutout innings (1991 NLCS and a masterpiece); instead, you’re lucky if a starter gives you five innings in today’s game in the playoffs.

With Ian Anderson on the mound, the Braves are likely to have a quick hook, as he lasted just three innings in a win in Game 2. The Braves also fully remember Game 5 and how Max Fried couldn’t get out of the fifth inning, and they’re not likely to leave a struggling pitcher in the game again. With the Dodgers potentially getting their bats going at any moment, the Braves are going to use Anderson as long as he can go but will yank him at the first sign of real peril.

Great weather is coming along to Georgia, as temperatures will be at 74 degrees with clear skies. Wind will blow toward left field at four miles per hour.

Backing Fried last time out proved a mistake, but I think the Braves can get the job done here. Anderson should last for a few innings, and I’m not sure that Scherzer will be back to full strength this time around. I think that there’s value here with the Braves to close the door, and that’s what I’ll go with here.