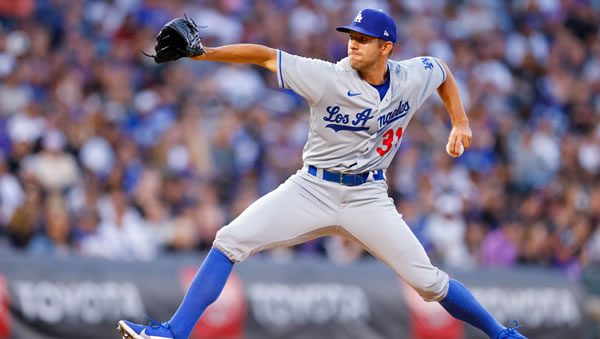 The Arizona Diamondbacks host the Los Angeles Dodgers on Monday September 12th at Chase Field. The first pitch in this matchup is scheduled for 09:40 ET. The MLB Odds Board places Los Angeles as the favorite (-220), with an OU line set at 9.0.

The Los Angeles Dodgers are coming off a 9-run win over San Diego by a score of 11-2. On their way to the victory, the pitching staff gave up 2 runs on 6 hits. The Dodgers benefited from an offense that generated 11 runs on 12 hits. In the matchup, Los Angeles was favored at -130.0 on the moneyline. Through 135 games as the favorite, the team has found the win column at a rate of 70.0%. This game went over the posted over-under line of 8.0 runs. Games involving the Dodgers have stayed below the over-under line more than half of the time, at 61-66-12.

In the Dodgers’ last 5 games, they are above .500, going 4-1. During this time, they have an average scoring differential of +19. Their hot play has been driven by an offense that typically averages 5.44 runs per game. But, over this stretch this figure has bumped up to 7.2. So far, Los Angeles has won over half of their 44 series played, going 32-10-2.

The Arizona Diamondbacks will be looking to pick up another win, as they most recently defeated the Rockies by 6 runs (12-6). In the game, the team’s pitching staff allowed a total of 6 hits, leading to 6 runs. In the victory, the Diamondbacks came up with 15 hits and 12 runs. In the game, Arizona was able to take care of business as they were the favorite at -158.0. So far, the team has won 57.9% of the games in which they were favored. In terms of the over-under, the Diamondbacks and Rockies combined to surpass the line of 10.5 runs. On the season, the team has an over-under record of just 66-69-4.

The Diamondbacks come into today’s game looking to turn things around, as they are just 1-4 over their last 5 games. During this time, the team has a run differential of -4. Their recent record comes while the offense has picked up its play, averaging 6.2 runs over their last 5 game, compared to their overall figure of 4.50. Arizona has a below .500 series record of just 17-20-7.

Los Angeles will roll with Tyler Anderson (14-3) as their starter. Through 27 appearances, Anderson has an ERA of just 2.73 while averaging 5.71 innings per appearance. Hits have been hard to come by against the left-hander, as his batting average allowed is just 0.224. Home runs have not been an issue for Anderson, as he is giving up just 0.76 HR/9. In terms of strikeouts, Tyler Anderson has a strong strikeout percentage of 19.0%, including a per-game average of 4.33. In his previous outings, walks have been an issue, as Anderson is averaging 1.75 free passes per outing.

The Arizona Diamondbacks will send Ryne Nelson to the mound with an overall record of 1-0. Heading into the game, Nelson has appeared in 1 contest and has yet to give up a run. In his first outing, he didn’t give up a run across 7 innings. Against the Padres he gave up just 4 hits while racking up 7 strikeouts.

For the season, the Los Angeles Dodgers and Arizona Diamondbacks will be playing their 12th game of the season. So far, Los Angeles is leading the season series, 9-2. Through 11 games, the series over-under record is 4-7, with the average run total sitting at 9.32 runs per game. The averge scoring margin in these meetings is 3.55 runs. Going back to last year, Los Angeles won the season series, 16 games to 3. In these 19 meetings, the two teams combined for an over-under record of 10-8. Last year, the Dodgers and Diamondbacks averaged 9.32 runs per game. On average, the winning team won by a margin of 4.68 runs per contest.

Heading into Monday’s matchup between Los Angeles and Arizona, the Dodgers are the heavy favorite on the moneyline. Even though Ryne Nelson was excellent in his only outing, he is facing a different level of competition in the Dodgers. I recommend taking Los Angeles to cover the runline.