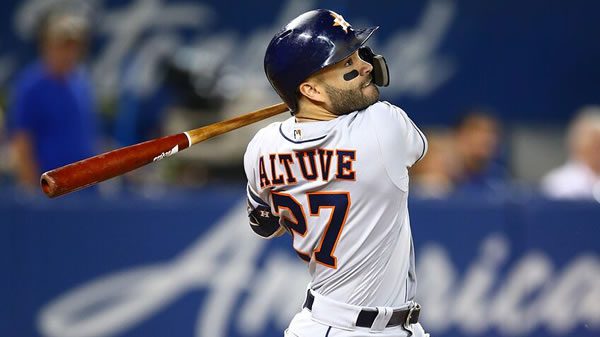 The Houston Astros host the Texas Rangers on Friday, May 20th at Minute Maid Park. The first pitch in this matchup is scheduled for 08:10 ET. The MLB Odds Board places Houston as the favorite (-165), with an OU line set at 8.0.

The Rangers are hoping to get back on track after falling to Houston, 5-1. In the loss, Texas’s pitchers gave up 5 runs on 10 hits. With their 6 hits, the Rangers could only muster 1 run. Texas’s loss came as the underdog, getting 185.0 on the moneyline. t This matchup remained below the over-under line set at 8.0 runs. Even after this game, Texas’ overall over-under record sits at (17-16-4).

In the Rangers’ last 5 games, they are above .500, going 4-1. Over this stretch, the team has a positive run differential at 11. Their hot play has been driven by an offense that typically averages 4.19 runs per game. But, over this stretch, this figure has bumped up to 6.2. Texas’ overall series record is just 5-8-0.

In their last game, the Houston Astros picked up a 4-run win over the Rangers by a score of 5-1. For the game, the pitching staff held the Rangers to 1 run on 6 hits. In the victory, the Astros came up with 10 hits and 5 runs. In the game, Houston was able to take care of business as they were the favorite at -225.0. For the season, the team has been favored in 30 games, winning at a rate of 70.0%. Combined, the Astros and the Rangers’ run total fell below the OU line of 8.0 runs. Now, Houston had an over-under record of 11-28-0.

Across their last 5 contests, the Astros are above .500, going 3-2. During this time, the team’s run differential sits at 14. The Astros offense has elevated their play over their last 5 games, averaging 6.0 runs per game, compared to their season average of 4.44. On the season, Houston has won more than half of their series, going 7-5-1.

Martín Pérez gets the start for the Rangers, with an overall record of 2-2. In his previous outings, Pérez is lasting an average of 5.73, putting together an ERA of just 2.01. So far, batters are hitting just 0.205 against him. In addition, to his strong BA allowed, he has yet to give up a home run. In terms of strikeouts, Martín Pérez has a strong strikeout percentage of 21.0%, including a per game average of 4.7. Command has been a problem for Pérez, as he is giving up 2.45 walks per outing.

Houston will roll with Cristian Javier (2-1) as their starter. To date, Javier has an ERA of 3.2 while lasting an average of 3.59 innings per appearance. Through 7 outings, opposing teams have combined for a batting average of 0.211. Per 9 innings pitched, Javier is giving up 0.72 home runs. On the season, Cristian Javier has had no problem racking up strikeouts, posting a strikeout percentage of 29%, while averaging 4.28 K’s per game. Leading into the game, he has shown a strong command of his pitches, averaging just 3.2 walks per contest.

Today’s matchup between the Texas Rangers and Houston Astros will be their 5th meeting of the season. Houston holds the edge in the series at 4-1. Through 5th games, the series’ over-under record is 0-5, with the average run total sitting at 9.84 runs per game. The averge scoring margin in these meetings is 2.8 runs. Houston won last year’s head-to-head series grabbing 14 wins to 5. The over-under record in last year’s matchups was 11-5, with the average run total being 9.84 runs per game. The average scoring differential in this series was 4.58 runs per game.

In today’s matchup, look for Houston starter Cristian Javier to bounce back from a rough outing vs Washinton, leading the Astros to a win over Texas. Throughout the season, Houston has been tough at Minute Maid Park. I recommend taking the Astros to cover the runline.

Free MLB Pick: Houston Runline. Bet your MLB predictions for FREE this week by taking advantage of a 100% from one of the many top tier online bookies on our best sportsbook bonuses page!