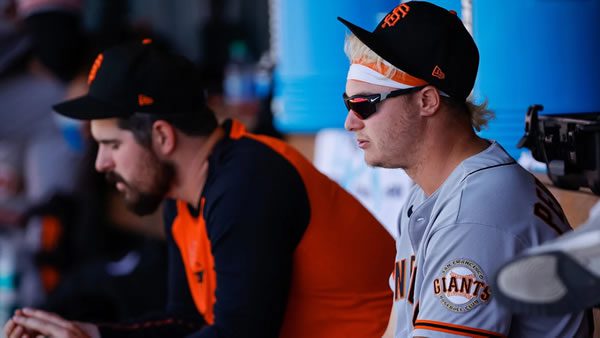 The Philadelphia Phillies host the San Francisco Giants on Monday, May 30th at Citizens Bank Park. The first pitch in this matchup is scheduled for 04:05 ET. The MLB Odds Board places Philadelphia as the favorite (-110), with an OU line set at 8.5.

San Francisco looks to keep things rolling after taking down Cincinnati by the score of 6-4. Cincinnati came up with 8 hits leading to 4 runs against San Francisco’s pitchers. The Giants lineup had a good night at the plate, coming up 6 hits, leading to 6 runs. Heading into this game, San Francisco was the betting favorite, at -157.0. So far, the team has been the favorite in 40 of their games, winning at a rate of 60.0%. The game went over the posted over-under line of 8.5 runs. This result is part of a larger trend, as San Francisco has the over has hit in more than half of their games (26-19-1).

The Giants are looking to continue adding wins, as they are 3-2 over their last 5 games. During this time, they have an average scoring differential 4. Offensively, the team has put up 31 runs in their last 5 games. San Francisco’s season average comes in at 5.04 (2nd). So far, San Francisco has won over half of their 16 series played, going 8-6-2.

In their last game, the Phillies suffered a 1 run loss to the Mets by a score of 5-4. In the game, the team’s pitching staff allowed a total of 7 hits, leading to 5 runs. With their 5 hits, the Phillies could only muster 4 runs. Philadelphia came away with a loss, despite being favored on the moneyline (-123.0). So far, the team has won 45.0% of the games in which they were favored. In terms of the over-under, the Phillies and Mets combined to surpass the line of 7.5 runs. For the season, the team’s over-under record is (26-20-2).

The Phillies come into today’s game looking to turn things around, as they are just 1-4 over their last 5 games. During this time, the team has a run differential of -10. Even with their recent struggles, the offense has been steady, averaging 4.0 runs per game. This is right in line with their season average of 4.50. Philadelphia has a below .500 series record of just 4-10-1.

The San Francisco Giants will send Logan Webb to the mound with an overall record of 5-1. To date, Webb has an ERA of 3.54 while lasting an average of 5.9 innings per appearance. Teams have been able to rack up runs against him, as he has a batting average allowed of 0.259. Opposing batters are hitting for power at a below-average rate against Webb, as he is allowing just 0.34 per 9 innings. Overall, he is averaging 4.44 per game, on a K rate of 18.0%. Leading into the game, he has shown a strong command of his pitches, averaging just 2.36 walks per contest.

Philadelphia will roll with Kyle Gibson (3-2) as their starter. To date, Gibson has an ERA of 3.94 while lasting an average of 5.33 innings per appearance. Teams have been able to rack up runs against him, as he has a batting average allowed of 0.257. So far, Gibson has managed to keep the ball in the ballpark, allowing just 0.75 home runs per 9 innings. Gibson has accumulated a strikeout percentage of 23.0% and a per-game average of 5.0. Throughout the season, Gibson has avoided walking batters, allowing just 2.62 per contest.

Today’s game between San Francisco Giants and Philadelphia Phillies is their matchup of the year. Going back to last year, San Francisco won the season series, 4 games to 2. In these 6 meetings, the two team’s combined for an over-under record of 4-2, with the average scoring differential sitting at 4.0 runs. Last year, the two teams combined to average 11.67 runs per game.