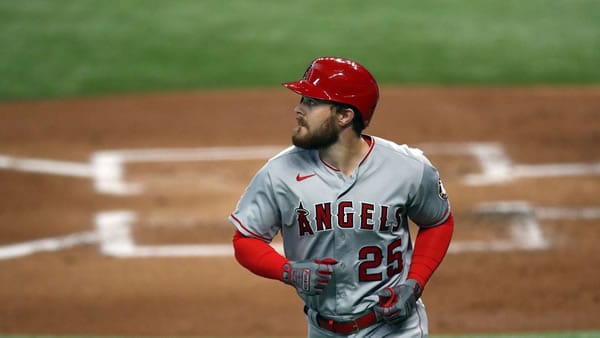 The “home” opener for the Toronto/Buffalo/Dunedin Blue Jays sees the team move into its third home sta-dium in the past three years, thanks to the fallout of the pandemic. With cases spiking in Canada, the Blue Jays still aren’t allowed to cross the border. Given that April in Buffalo is still usually pretty chilly, TorBuffNedin has opted to make its spring training home in Tampa Bay its temporary home for the regular season until ei-ther Buffalo warms up or the Jays are allowed to cross the Canadian border.

What’s unclear is how the Jays will respond to yet another new home. Last year, the Jays were incredibly comfortable in Buffalo, in large part because most of their players were only a year or two removed from competing in Buffalo as Triple-A players. Dunedin offers a similar situation for Toronto, as the Jays have called this place home for the past month and should be very comfortable here. Like Buffalo, Dunedin plays a bit shorter in the power alleys than Rogers Centre, and the Jays have an exciting young team that can score in bunches. The angels can hit too, which is why the total is set pretty high for this one.

The big problem with Ross Stripling is that teams can’t seem to figure out whether he’s a starter or a reliever, and he hasn’t really stuck in either position. With the Dodgers, he spent most of his time as a starter, but the results just weren’t there when he moved over to Toronto. None of his starts saw him get through the fifth inning, and the same held true when he could only get ten outs against the Yankees in his first attempt in 2021.

To be a more effective pitcher, Stripling’s got to induce ground balls and keep his control up. In the final two games where Stripling pitched in 2020, he came out of the bullpen and did a fine job of commanding his pitches, as he didn’t walk anyone in either appearance. That’s got to continue because Toronto has to get more out of its pitchers if it’s going to be a playoff team.

Do yourself a favor and don’t turn off the Angels when they’re late in the game, no matter what the score is. For whatever reason, the Angels have seen a lot of runs scored in the final two innings, as 23 runs have been scored in either the eighth or ninth inning of Angels games in 2021. Part of that could be the quality of the opposition in the Astros and White Sox, but it could also be that the Angels have good hitters but a relatively weak bullpen. The Angels have handled run prevention well when they have to, but for the most part, they make things interesting in the last two innings, in both a good and a bad way.

Against Houston, the Angels saw both sides of the equation. On the one hand, their penchant for late scoring lifted them from a 5-3 deficit to a 7-6 win in one game. On the other, Houston turned the tables when the Angels couldn’t hold a tie score with their bullpen and lost 4-2 on two ninth-inning runs. There’s a potential live bet opportunity here: take whichever side is losing after the seventh on the run line.

The wind will be a bit strong, as it’s heading toward the third-base line to the southwest at 11 miles per hour. It’ll be a great night for baseball, with temperatures at 75 degrees at first pitch.

I don’t feel comfortable backing the Jays and Stripling here, in large part because I have no idea what I’m go-ing to get with him. Odds are, it’s not going to be a long start, and I do not trust Toronto’s pitching based on what the Jays have shown so far this season. The main bet I want here is the over, but for the game side, I will take the Angels. Bet your MLB picks for FREE this week by scoring a huge 100% real cash bonus on your first deposit of $100 to $300 at BetNow Sportsbook! This is a real cash bonus, not a crappy match play/free play that most bookies offer!