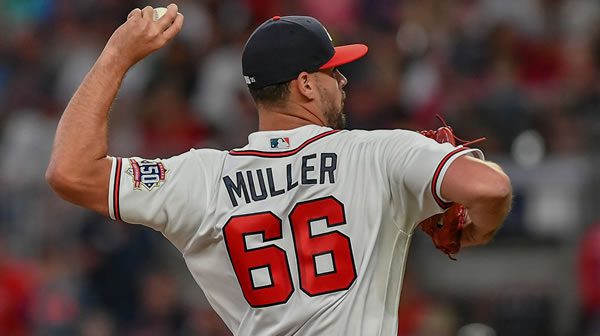 There’s a trend emerging with Brandon Woodruff: he turns in back-to-back gems and then has a decent start but not up to his standards. Brewers’ bettors found out the hard way that the pattern held true again, as Woodruff couldn’t hold off a powerful White Sox lineup and gave up three runs in a 3-1 defeat to Chicago.

That’s the bad news. The good news is that his gems have been genuine gems for the Brewers. His past four starts in that situation have all seen him give up one run or less, and the Brewers have won three of those four contests, only dropping a 3-1 decision to Cincinnati on July 11. However, one other problem has emerged when Woodruff has taken the ball: the Brewers’ offense hasn’t been producing for him. The under has cashed in six of Woodruff’s past seven starts, and the Brewers didn’t score more than three runs in any of them. That’s the main reason why Woodruff’s record is just 7-5 on the year, despite his fantastic ERA and WHIP numbers.

Waking Up the Bats

Well, Milwaukee is the place where Major League was filmed, and Pedro Cerrano tried to use explosions to wake up his bats in the locker room. The Brewers probably didn’t resort to voodoo to get going the way Cerrano did, but Milwaukee has been pounding the ball as of late, scoring no fewer than six runs in six of their past seven starts.
Over the past four games, the Brewers’ offense has been incredibly effective, as they’ve scored 37 runs in their past four while allowing just eight. Of course, the one game in the past seven where the Brewers’ bats didn’t get going? Woodruff’s start, that 3-1 loss to Chicago.

For the year, Milwaukee has been a team that doesn’t care how it gets on base and punishes opponents once it does get on. The Brewers rank 13th in runs per game and on-base percentage but just 27th in batting average. It takes some doing for Milwaukee to get things done on offense, but when they do get going, they are tough to beat.

Staying in the Fight

Despite sitting two games under .500, Atlanta opted to buy at the trade deadline, which says a lot about the weakness of the NL East. The big question here is whether the move galvanizes the dugout into living up to its vast potential because so far, Atlanta has squandered this season. Part of it hasn’t been the Braves’ fault, as there’s nothing you can do with bad injury luck, but Atlanta also hasn’t gotten the pitching it’s needed to win games.

The Braves did add some bullpen help for the final 58 games, so Atlanta might become a more attractive bet down the stretch, as we can almost certainly count on the Braves playing meaningful baseball in September because of the NL East’s mediocrity. But for the Braves to win the trust of bettors, they’ll have to prove it on the field.

I have a cousin in Atlanta who describes living there as the equivalent of taking a shower and putting on your clothes without drying off, then standing under a heat lamp. For this game, she’s definitely not wrong; temperatures will be 89 degrees on a very humid day, with winds blowing at seven miles per hour toward left-center.

I’m not really buying Atlanta’s improvements. The Braves still haven’t done enough to make themselves a contender against the better teams in the NL, and thanks to the playoff format, if they survive the NL East pillow fight, the Brewers will likely be the team they’ve got to beat. Milwaukee looks like it’s locked in right now, and I can’t see Atlanta slowing them down. I’ll take the Brewers.

Football is coming! Instead of reupping with your sportsbook/bookie and getting NOTHING… why not consider a 100% REAL CASH bonus on your first deposit of $100 to $300 at MyBookie Sportsbook? Free loot is good loot! (Must use bonus code PREDICT100 to receive the special bonus!)