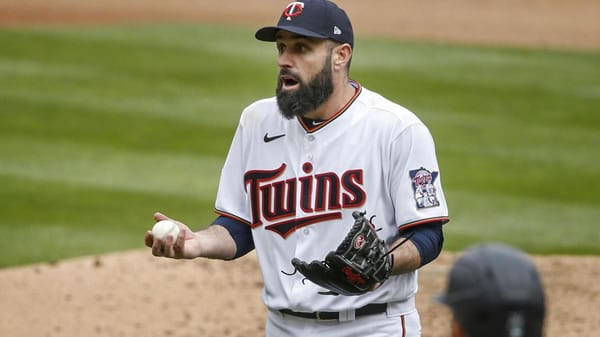 So far, making Jose Quintana into a starter really isn’t going well, and the Angels discovered the hard way how bad things can get on a recent trip to Florida to face the Blue Jays. Granted, Toronto’s temporary home in Dunedin, Fla., plays smaller than a true major league park, but there’s still no excuse for Quintana giving up five runs in 1.2 innings and failing to get out of the second frame. By the time the second inning was over in that game, the Jays had a 10-0 lead, and the rest of the game was nothing more than playing out the string. What remains unclear is how long the Angels will stick with this experiment of trying to move Quintana to a starter’s role when he was previously a reliever. Quintana was serviceable last year in Chicago coming out of the bullpen, but in two starts in 2021, he’s been a royal mess. The 4.50 ERA he had last year in the abbreviated schedule wasn’t great, but it was a darn sight better than the nine earned runs he’s surrendered in a mere five innings of work this year.

Quintana just might be the pitcher the Twins need to see right now because Minnesota’s usually potent offense has not been getting the job done as of late. The Twins haven’t scored more than four runs in any of their past five games after getting three last night against the Angels and scoring a total of nine runs in four games against the Red Sox. The big question is, what’s the reason for this sudden slump, as Minnesota still ranks sixth in the majors in runs even after going dead silent for five straight games. The answer is likely wasted opportunities. In Friday’s game against the Angels, Minnesota actually managed a solid night at the plate with ten hits, but the Twins killed four rallies by hitting into double plays. Throw in seven left on base, and you’ve got a recipe for a loss. Whether they can fix it against Quintana depends on whether they’re patient at the plate: the majority of the balls put in play against him have been ground balls, not what Minnesota needs right now.

The Angels did it again last night, scoring six runs in the seventh inning to prevent any thoughts of a late Minnesota comeback. Anaheim has shown a tendency to score in the previous three innings of games all season long, and that’s continued in recent games, as they’ve scored after the seventh inning in three of their past four contests. Most people know about Mike Trout and Shohei Ohtani’s endeavors at the plate, but it’s Jared Walsh who leads the team in RBIs right now with 13. On Friday, Justin Upton was the one who put the game out of reach with a grand slam in the seventh inning. This is a team that never believes it’s out of the game, and if you’ve got any issues with your bullpen, they will take full advantage.

Weather shouldn’t be an issue here. The temperature is set to be 77 degrees at the first pitch, with the wind blowing out to right-center at 7 miles per hour.

The Twins are going to plate runs eventually, and it might come in this game, but right now, they are wasting their chances, and the Angels are not. I prefer the over in this situation because I think the Twins will end up hitting Quintana, but after four double plays in the previous outing, I really don’t feel comfortable trusting Minnesota right now. The Angels are thriving as home dogs right now, so I will back them again here.