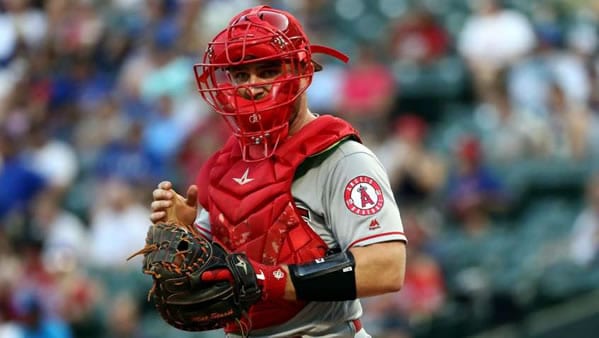 Sending It to the Bleachers

Here’s how you know that it’s been a disastrous year on the mound for Duplantier: he’s pitched one-third as many innings as he did in 2019 and has already given up more home runs than he did in 2019. Duplantier didn’t pitch in the COVID-affected year, and he’s clearly struggled to get back on track, giving up four homers in 11.2 innings of work.
Even when he keeps the ball in the park, the results still haven’t been great. Duplantier hasn’t yet had a start where he’s allowed fewer than four runs, nor has he had a start where he’s lasted longer than 4 2/3 innings. The one thing he has going for him is that opponents have a slightly lower batting average this year than in 2019 (.283 in 2019 vs. .265 this season), but that isn’t much help when you’re routinely serving up balls that leave the yard altogether.

The first two games of this series have featured a combined 26 runs, and that’s largely because the Angels simultaneously hit well and don’t record outs. Over the course of the season, only Minnesota has played to the over more times than Los Angeles, and the Angels have now won seven of eight games while playing to the over on six occasions.

Playing to the over hasn’t happened as often for Arizona, but the Diamondbacks have gone to the over more often than not in 2021 and certainly have the pitching problems to have issues with keeping runs off the scoreboard. There’s also another factor working against Arizona: for the time being, Arizona has opted to go with a four-man rotation, giving Duplantier only three full days to recover. With full rest, Duplantier wasn’t all that good. Without it, he might end up having a whole host of problems in this matchup.

With Arizona already torpedoing its season with two long losing streaks, it has to be asked: what exactly do the Diamondbacks do with the remaining several months of regular-season competition, and how will it affect the rest of the calendar. Arizona had the talent to keep things interesting for the first two months of the year, but with the Diamondbacks winning just two of their past 23 games, they now find themselves well off the pace and competing in one of the most top-heavy divisions in the majors.

In a situation like this, a team can either band together and start laying a foundation for a successful follow-up campaign the next year or start to fall apart and struggle to get anything positive going. A second long losing streak shows that the Diamondbacks are leaning toward the latter option with an asterisk. When a team does manage to set itself for next season, that usually manifests itself as its best and worst qualities being put out and emphasized for all to see, and Arizona’s ERA above 5 makes the over an appealing choice.

With temperatures scheduled to hit 109 degrees on Sunday in Phoenix, the Diamondbacks will almost certainly close the roof of Chase Field, taking the wind out of the equation.

I see little reason to trust Arizona to do much of anything here other than provide enough of the opposition to get the over to cash with room to spare. The Diamondbacks haven’t done much besides losing for the past month, and there isn’t really much reason to think they can turn it around anything soon other than the Law of Averages.

Arizona will find a win again sooner or later, but this looks like it’s the Angels’ game to win or lose. Give me Los Angeles here. Bet your MLB picks FREE this week by taking advantage of a 100% REAL CASH bonus on your first deposit of $100 to $300 at MyBookie Sportsbook! (Must use bonus code PREDICT100 to get the extra money credited!)