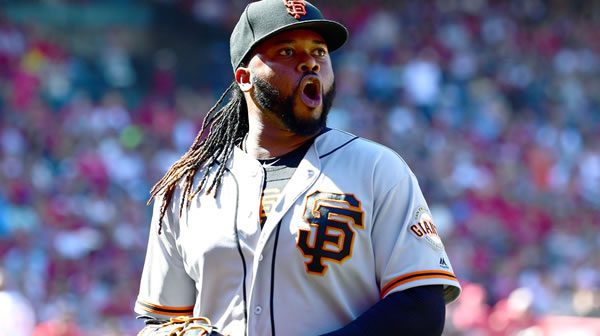 The main worry here for the Giants is for them to avoid complacency, as they just came up with three wins out of four in Los Angeles and now have a chance to really separate themselves from the rest of the NL West with three games against the Pirates. San Francisco came out of nowhere this season, but the fact that we’re in late July and the Giants are now 36 games over .500 makes it clear that San Francisco isn’t going away, and the NL West is now likely to have two of the best teams in baseball facing each other in a one-game duel for the right to take on the Giants.

The key for San Francisco is to take advantage of their opportunities against bad teams so that they only need to get splits against the Dodgers and Padres. Pittsburgh, coming off three losses to Arizona, certainly qualifies as a team the Giants can take advantage of with a three-game sweep.

Not So Kuhl On the Road

The Pirates have been a reasonably competent team when they play in Pittsburgh, but get them outside of western Pennsylvania, and you can see pretty quickly why this team has already lost 60 games before even playing 100. The Pirates are just 15-34 away from PNC Park, and they enter this game having just lost three to the Diamondbacks in Phoenix. Any time you’re losing to the Diamondbacks in 2021, something has gone seriously wrong.
Chad Kuhl will try to stop the bleeding, but he seems to be the wrong pitcher for this moment. Kuhl’s pitching appears to mirror his team’s, as he has pitched very well at home, compiling a 2.36 ERA and a 2-1 record. But once he leaves PNC Park, he’s no better than someone at Triple-A Indianapolis, as he’s recorded a staggering 6.07 ERA, 1.55 WHIP, and a 1-4 mark. Per the numbers, his problem seems to be that when he lets guys on base on the road, he doesn’t seem to have the confidence needed to turn potential big innings into minimal damage.

At age 35, it’s fair to wonder if Johnny Cueto can really get it done over the course of a full season anymore. His past three starts would suggest that the answer is no, as he’s got a 5.63 ERA in his past three trips to the mound, and that’s after allowing just one St. Louis run in a 2-1 loss to the Cardinals in his most recent start. The All-Star break might have been just the thing Cueto needed, as he looked much sharper against the Cardinals on 12 days’ rest, as opposed to getting whacked by both Arizona and St. Louis in his final two starts before the break.

Based on what he’s showing, Cueto might be someone to fade down the stretch, but he seems like he’s got enough in the tank after the break to get through July and part of August.

Days like today are why Mark Twain said, “the coldest winter I ever spent was a summer in San Francisco.” Once again, cool temperatures are back in the Bay, with temperatures at 60 degrees at first pitch and winds blowing at 11 miles per hour to left-center.

Cueto gives me some pause, and I really don’t like the juice attached to the Giants, but there’s no way I’m going to trust Pittsburgh with a starter who doesn’t perform well on the road after the Pirates just got swept by the Diamondbacks. Given Pittsburgh’s performances as of late, I’d probably play the Giants on the run line, as I doubt the Pirates keep this one close.
I’m taking San Francisco, and with Cueto’s recent struggles, I want the over too. Note: For those of you who enjoy my MLB game previews, I’m happy to announce that I’ll be back for another season of college football picks! Please click that link and bookmark the page. I’m already studying the 2021-22 season and I wanna crush your bookie!