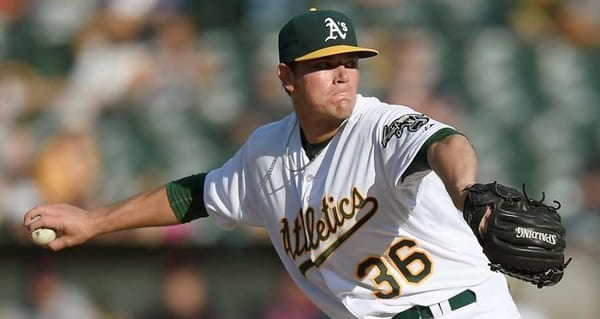 The Astros earned their first home win of the season on Friday, beating the Athletics by a 3-2 count. Will they be able to keep it going on Saturday, or will the A’s bounce back from their close setback to get back in the winning column?

Saturday’s odds had the Astros favored at a -147 clip on the money line, slightly down from the -149 they were initially listed at when the line first came out. If you’re willing to be more adventuresome with your bet and pick a blowout, the Astros were listed at +132 to cover the 1.5 run spread and -151 to take the Athletics.

Houston scratched out a 3-2 win over Oakland on Friday, only earning after the win after Carlos Correa homered and gave Houston enough of a cushion to outlast Kansas City and secure the victory.

Also, Thursday’s game fell well short of reaching its under total, as the teams combined for a mere five runs.

Thursday’s victory was the Astros’ first home game of the season following a six-game road trip to start the season. Meanwhile, Oakland ventured away from northern California for the first time this season after home series against Boston and the Los Angeles Angels.

The Astros won the season series a year ago by a 12-7 count, but the past three meetings between the two squads have all been decided by a single run.

Get the best value for every bet using MLB Dimelines! Your bankroll will thank you.

Miley (0-1, 4.50), a left-hander, faced a tough opening assignment against Tampa Bay on the road and surrendered eight hits in six innings of work, taking a 3-1 loss to the Rays. He tossed 87 pitches and fanned four, and this will mark his first opportunity to pitch in front of the Houston fans after signing with the Astros in the offseason.

He’ll be opposed by Brooks (1-0, 0.00), who had been an afterthought as the Athletics’ fifth starter but looked outstanding in his first start against Boston, holding the Red Sox to just two hits in a comfortable 7-0 Oakland win. The Astros have lost their past six games against a right-handed starter, and Miley didn’t look comfortable in his first start, so the edge here goes to Oakland.

At some point, the Astros have to start hitting, right? Other than George Springer, Houston’s offense hasn’t done much to this point in the season. For the season, the Astros have managed just 18 runs, which isn’t going to win many baseball games. If not for their great pitching performances, Houston would probably be in even worse shape than it is. Luckily for the Astros, the Athletics haven’t done much hitting either, ranking a middling 20th in terms of batting average at .230.

This is one area where the Astros appear to have the edge. At 2.21, Houston boasts the third-best bullpen ERA in the majors, behind only Tampa Bay and the Los Angeles Angels. However, part of that is because the Astros’ early struggles have given the bullpen fewer opportunities compared to other teams. Houston has allowed seven fewer hits than Tampa Bay, but the Rays have held their opponents to a lower batting average despite that.

Oakland, meanwhile, has struggled to find consistency out of its pen. The Athletics have dropped three games via the bullpen in this young season, which makes me look toward the Stros.

This series has been close in recent meetings as the Athletics have arisen as a genuine challenger to Houston’s AL West throne. Oakland seems to have things going in the right direction so far this season, and Brooks’ quality start against Boston in his first game of the year has me wondering if he can do it again in what is sure to be a hostile environment.

With the numbers backing up the Athletics, who have hit left-handed pitchers like Miley pretty well in recent games and likely have the better starter of the two teams, I’m going to take a shot with Oakland at a fairly reasonable price in this matchup. If you’re looking for a parlay, the under has been hot for both squads as of late despite their history against each other and pairing the A’s with the under could be a good way to go.