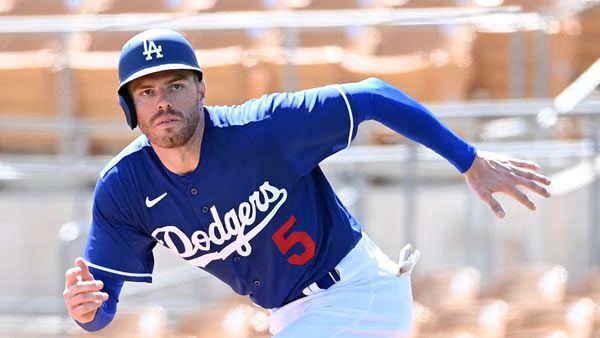 The Los Angeles Dodgers host the San Diego Padres on Friday August 5th at Dodger Stadium. The first pitch in this matchup is scheduled for 10:10 ET. The MLB Odds Board places Los Angeles as the favorite (-150), with an OU line set at 8.5.

The Padres are hoping to get back on track after falling to the Rockies, by a score of 7-3. San Diego’s pitching staff finished the game by allowing 14 hits, leading to 7 runs. Offensively, they finished with just 3 runs on 9 hits. Padres suffered the loss, despite being favored at -300.0. Through 78 games as the favorite, the team has found the win column at a rate of 56.0%. Together, the Padres and Rockies combined to surpass the over-under betting line set at 7.5 runs. The Padres now have an over-under record of 50-55-3.

The Padres are looking to continue adding wins, as they are 4-1 over their last 5 games. During this time, they have an average scoring differential of +16. Offensively, the team has put up 32 runs in their last 5 games. San Diego’s season average comes in at 4.45 (14th. So far, San Diego has won over half of their 33 series played, going 17-11-5.

In their last game, Los Angeles took down the Giants by a score of 5-3. In the win, the pitching staff allowed just 3 runs on 5 hits. At the plate, the Dodgers scored 5 times on 8 hits. Los Angeles picked up the win while being favored at -215.0. So far, the team has won 69.0% of the games in which they were favored. Combined, the Dodgers and the Giants matched the over-under total of 8.0. For the year, Los Angeles now has an over-under record of 41-55-9.

The Dodgers come into the matchup looking to stay hot, going 5-0 over their last five contests. During this time, the team’s run differential sits at +19. Overall, the Dodgers are averaging 5.25 runs per contest. But, over their last 5 outings, they have been scoring at a clip of 6.4 runs per contest. On the season, Los Angeles has won more than half of their series, going 23-9-1.

Sean Manaea gets the start for the Padres, with an overall record of 6-5. So far, Manaea has put together an ERA of 4.25. In his appearances leading up to today, he has lasted an average of 5.79 innings. Manaea comes into the game with a batting average allowed of 0.236. Home runs have been an issue for Manaea, as he is allowing an average of 1.47 per 9 innings pitched. Per game, Sean Manaea is averaging 5.84, on a strikeout percentage of 24.0%. In his previous outings, walks have been an issue, as Manaea is averaging 3.44 free passes per outing.

Tony Gonsolin gets the start for the Dodgers, with an overall record of 12-1. In his previous outings, Gonsolin has lasted an average of 5.48 innings, putting together an ERA of just 2.41. Overall, opponents have a batting average of just 0.178 against the right-hander. Gonsolin is giving up home runs at a rate similar to the league average, allowing 0.95 per 9 innings. In terms of strikeouts, Tony Gonsolin has a strong K% of 24.0%, including a per game average of 5.05. For the season, he has struggled with command averaging 2.41 walks per outing.

Today’s matchup between the San Diego Padres and Los Angeles Dodgers will be their 8th meeting of the season. Los Angeles holds the edge in the series at 5-2. The over-under record in this series sits at 2-5. The average run total in these games is 8.21 runs per game. The averge scoring margin in these meetings is 3.86 runs. Los Angeles won last year’s head to head series, grabbing 12 wins to 7. In these 19 meetings, the two teams combined for an over-under record of 10-8. Last year, the Padres and Dodgers averaged 8.21 runs per game. The average scoring differential in this series was 2.84 runs per game.

Heading into Friday’s NL West matchup between San Diego and Los Angeles, the over-under betting line is set at 8.5 runs. For today’s best bet, look for the Padres and Dodgers to surpass this number. Look for each team’s lineup to have good nights at the plate vs starting pitchers who have been up and down of late.

Free MLB Pick: Over 8.5 Runs. Deposit $100 and get $100 FREE when you use bonus code PREDICTEM at Betnow Sportsbook! This offer is also good for a $500 deposit in which you’ll receive a $500 bonus! This is a REAL CASH bonus! Not a crappy free play/match play!