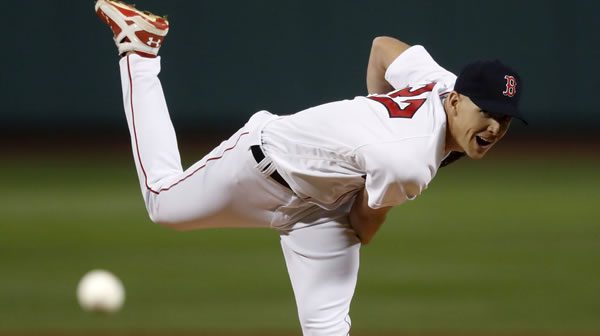 The Baltimore Orioles host the Boston Red Sox on Sunday, August 21st at Oriole Park at Camden Yards. The first pitch in this matchup is scheduled for 07:10 ET. The MLB Odds Board places Baltimore as the favorite (-110), with an OU line set at 9.0.

The Boston Red Sox head into today’s matchup after picking up a close win over Baltimore by the score of 4-3. On their way to the victory, the pitching staff gave up 3 runs on 8 hits. The Red Sox benefited from an offense that generated 4 runs on 12 hits. Heading into their last game, Boston was the betting favorite at -123.0. So far, the team has been the favorite in 67 of their games, winning at a rate of 56.9%. Together, the Red Sox and Baltimore stayed below the over-under line set at 9.0 runs. So far, Boston has been a good candidate to fall below the betting line, as their over-under record sits at just 55-58-8.

The Red Sox come into this game with a 3-2 record over their last 5 contests. However, even with an above .500 record (last 5) their run differential sits at just -3 (last 5). Their hot play has been driven by an offense that typically averages 4.50 runs per game. But over this stretch, this figure has bumped up to 5.8. Boston’s overall series record is just 16-17-6.

In their last game, the Orioles suffered a 1 run loss to the Red Sox by a score of 4-3. For the game, the pitching staff held the Red Sox to 4 runs on 12 hits. With their 8 hits, the Orioles could only plate 3 runners. Leading into Baltimore’s loss, they were the underdogs, getting 113.0 on the moneyline. In their 94 games as the underdog, their straight-up win percentage sits at 49.0%. With this result, the Orioles and Red Sox combined to fall below the over-under line of 9.0 runs. Now, Baltimore had an over-under record of 56-59-5.

The Orioles come into today’s game looking to turn things around, as they are just 2-3 over their last 5 games. During this time, the team has a run differential of 0. Even with their recent struggles, the offense has been steady, averaging 5.0 runs per game. This is right in line with their season average of 4.29. On the season, Baltimore has won more than half of their series, going 18-17-5.

The Boston Red Sox will send Nick Pivetta to the mound with an overall record of 9-9. To date, Pivetta has an ERA of 4.28 while lasting an average of 5.67 innings per appearance. So far, Pivetta has a batting average allowed of 0.243. Opponents are hitting for power against Pivetta, as his HR/9 figure sits at 1.19. In terms of strikeouts, Nick Pivetta has a strong strikeout percentage of 23.0%, including a per-game average of 5.42. For the season, he has struggled with command averaging 3.29 walks per outing.

In today’s game, Baltimore turns to starter Dean Kremer. For the year, he has a record of 5-4. To date, Kremer has an ERA of 3.58 while lasting an average of 5.39 innings per appearance. Compared to other starters, the right-hander has a high BA allowed of 0.279. So far, Kremer has managed to keep the ball in the ballpark, allowing just 0.9 home runs per 9 innings. Overall, he is averaging 4.23 per game, on a K rate of 19.0%. Throughout the season, Kremer has avoided walking batters, allowing just 2.05 per contest.

For the season, the Boston Red Sox and Baltimore Orioles will be playing their 12th game of the season. Baltimore holds the edge in the series at 6-5. The over-under record in this series sits at 4-6. The average run total in these games is 10.11 runs per game. The averge scoring margin in these meetings is 3.82 runs. Last season, Boston picked up the series win, 13 games to 6. In these 19 meetings, the two teams combined for an over-under record of 8-11. Last year, the Red Sox and Orioles averaged 10.11 runs per game. The average scoring differential in this series was 4.63 runs per game.

Heading into Sunday night’s game between Boston and Baltimore, the Red Sox are the slight favorite on the moneyline. Both Nick Pivetta and Dean Kremer are coming off strong outings on the mound, giving up 1 and 2 runs, respectively. However, the Red Sox have had some recent success vs Kremer, putting up 4 runs in just 5 2/3 innings vs the right-hander. I like Boston on the moneyline.