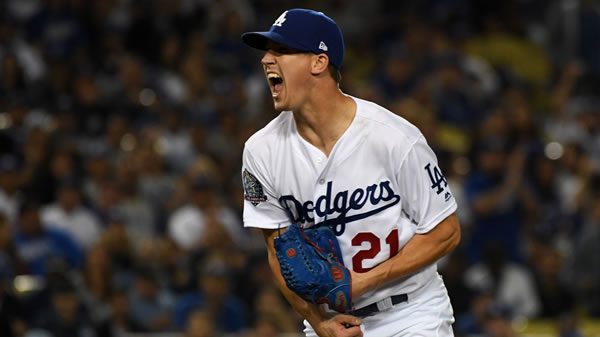 The Dodgers had struggled with the Padres for much of the season, losing seven of their first ten meetings and raising real questions as to whether they’d be able to survive a series with San Diego. But the Dodgers have now won four straight against their Southern California rivals, and it’s the Padres who have real concerns about whether they’ll even be in the postseason, let alone scare the Dodgers in a series.

San Diego has managed to avoid losing in their past three series, to their credit, but the Padres are at the point where they need sweeps instead of winning two out of three contests. San Diego’s now in a battle with Cincinnati for one spot in the postseason, and the Padres haven’t shown that they’re handling the pressure all that well. San Diego’s young squad made the playoffs a year ago in the 60-game sprint, but the Padres have never managed to do the job over 162 games, and they’re showing signs of being overwhelmed. That’s a big problem against the Dodgers, who aren’t only the defending champion but have been here seven years in a row as the NL West champion.

It could be an even bigger problem for San Diego now that they’re facing Walker Buehler after a rare failed start. The Dodgers’ ace has normally been as reliable as it gets, but in his most recent start, the Giants tagged him for six runs in three innings, easily his worst start of the season. The big concern for Buehler was that he didn’t miss bats very often against the Giants, striking out just one hitter out of nine outs.

Against the Padres, he’s come out on the winning side twice, and usually, he’s had no problem sending hitters right back to the dugout. Buehler has 21 strikeouts in three appearances against the Padres this year, and if he gives a vintage performance, the Padres will have a hard time getting the win they badly need.

One thing that’s been a key part of this series is not wasting your time betting on the Moneyline with the favorite because the Dodgers only have one one-run victory over San Diego on the season. For as close as these teams are matched in terms of talent, they’re certainly not proving to be a close match when they actually face off with each other. Out of 14 matchups on the season, ten have been decided by at least two runs, and three of the four one-run games were Padres’ victories. Since the Dodgers are virtually always favored, the only real value with the money line in this series has been if you think the Padres are going to win the game outright.

It’s going to be warm but cooling down in southern California, as it’s supposed to start at 87 degrees at first pitch but cool down to the high 70s after about two hours of game action. Wind will barely be a factor, blowing at seven miles per hour toward right-center.

The Dodgers know they need wins, and Buehler is likely to bounce back after a start that he’d really like to forget. The Padres have struggled in their recent matchups with the Dodgers, and facing off against an angry and motivated Buehler is probably the last thing they need right now.

Based on the fact that the Dodgers rarely win one-run games with San Diego, I’m taking Los Angeles on the run line.