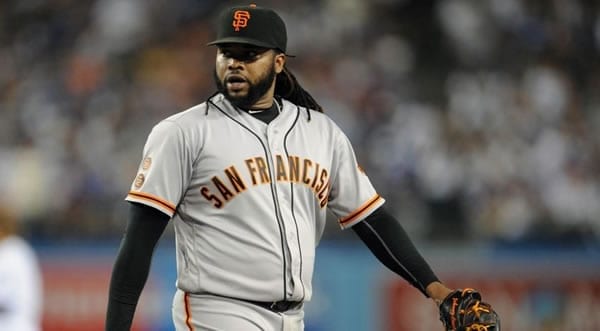 The West Coast gets an excellent opener for the baseball season, as the west’s first pair of rivals meet up with the Giants visiting the Dodgers. Despite the wide gap between these teams in the standings, San Francisco has traditionally been tough on Los Angeles, taking seven of the 19 meetings last season. Plus, the Giants weren’t intimidated by Dodger Stadium in 2019; they earned a win in four out of 10 meetings with the Dodgers in Los Angeles last year.

The Giants are in the midst of hitting the reset button, but in a 60-game season, anything could realistically happen. If a team gets on a hot streak, they could find themselves in a playoff race they never expected. Will the Giants’ innovations allow them to surprise their rivals on opening night?

When it comes to opening the season, nobody does it better than Kershaw. That’s not an exaggeration. Out of all pitchers who have made at least six Opening Day starts in their career, Kershaw has the best ERA on Opening Day in history. He’s got a 1.05 ERA, about a sixth of a run better than No. 2 Bob Feller (and Feller once threw a no-hitter on Opening Day 80 years ago). Plus, when the Dodgers have given Kershaw any run support at all on Opening Day, it’s meant victory. Los Angeles is 7-1 in Kershaw’s eight Opening Day starts, and the one loss was because the Dodger bats went silent in a 1-0 loss to the Giants in 2018.

If that weren’t enough, Kershaw has also dominated the Giants throughout his career. He’s got a lifetime ERA of just 1.74 against San Francisco, and he’s faced the Giants more than any opponent in his career. Basically, when it comes to pitching, it’s hard to get much more reliable than Kershaw on Opening Day or Kershaw against San Francisco. Both on the same day is an outstanding combination.

Nice bonus for first timers/small bettors: Deposit $25 and get an extra $50 added to your betting account at Intertops. Once signed up, go to their special offers page and use code: ROOKIE200. You must use this link to sign up in order to receive the bonus.

This is the wild card with Los Angeles: How do the Dodgers react to the pressure in a year where they’re expected to win it all? Los Angeles has been close time and time again during its streak of seven straight NL West titles, but the Dodgers haven’t been able to break through. They’ve reached two World Series, but couldn’t handle either Houston or Boston, and then they got picked off in a first-round series with eventual champion Washington last year.

With no fans in the stands, the Dodgers won’t have to deal with any pressure from anyone but reporters, which could create the ideal situation for a squad that’s now on 32 years without bringing home a world championship.

Innovation is the Giants’ plan this season, and they will have to start innovating from Day 1, as they’re going to be without Buster Posey for the entire year, and Evan Longoria and Brandon Belt for the foreseeable future. Plus, thanks to baseball’s service time rules, catching prospect Joey Bart will spend the first week of the season in Sacramento in order to keep him under club control through 2023. What that means is the Giants’ lineup will be anything but full strength — precisely what you don’t want against the likes of Kershaw.

In contrast to the humid and stormy mess in Washington, it’s expected to be a perfect day for baseball in Southern California, with temperatures at 77 degrees and sunshine in the forecast.

I don’t see a lot of runs happening here. Kershaw hasn’t given up more than three runs in an opening day start, and the Giants probably don’t have the offense to get things going against the Los Angeles ace. Cueto should be able to keep San Francisco in the game, but I see this game eventually going to the Dodgers in a low-scoring contest that sees somewhere around five runs for the entire night. L.A. fans are, of course, excited about Mookie Betts, but this night will be about Kershaw. I like the Dodgers and the “Under”. For those not interested in laying huge odds, you might consider a play on the Dodgers runline at -1.5 runs -150. You can find this wager at Bovada, who will give you a 50% sign up bonus up to $250 on your first deposit!