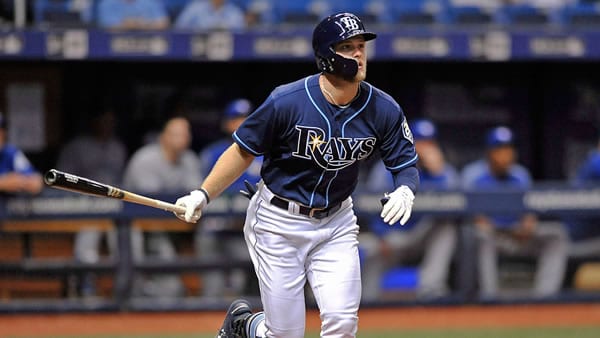 Either the Orioles are better than anyone expects, or the 2021 Red Sox are a disaster that’s in the process of happening. The early returns suggest a train wreck on the Back Bay, as Boston has been outscored 18-5 in the first three games of the season at home. The Red Sox weren’t expected to be strong this season, but they were hoping for something better than what they’ve seen to this point. Instead, it already appears that Bos-ton can’t hit, can’t pitch, and doesn’t really have anything coming in to save the season.

And that’s the situation that Nick Pivetta walks into. Last year was a tiny sample size as it was, but Pivetta took that to an extreme with five total appearances, and just two after Philadelphia traded him to Boston. On the one hand, Pivetta did win both of his starts last season after he made the trip north on I-95, but the Red Sox also gave him 17 runs’ worth of support in those two games, so it’s not like Pivetta was pitching in a problem-atic situation. This Boston offense doesn’t appear even remotely capable of putting up those kinds of num-bers, so we’ll really see what kind of pitcher Pivetta is here.

Then again, if Boston is going to break out of its slump, Michael Wacha would be the pitcher to do it against. Wacha has really had problems in recent years and never got going with the Mets last year, winning just once during his shortened season in Queens.

Of course, baseball being what it is, that one game he won came against the Red Sox, who touched him for a single run in five innings before getting three off the Mets’ bullpen. But that was the one highlight of the sea-son for the pitcher, as he never again went more than four innings without giving up at least two earned runs. More often than not, the results were a lot worse than that, as Wacha gave up at least four earned runs in five of his final seven appearances in 2020. That said, reports suggest that Wacha had a good spring, and if he can bounce back from the past few seasons, the Rays will have made a major move.

This Is a Leadoff Man?

There’s a scene early in Major League II where Jake Taylor reminds Willie Mays Hays that his job as the Indi-ans’ leadoff hitter is to get on base, not to try to hit for power. Meadows needs to have that same conversa-tion in Tampa because he’s currently hitting more balls over the fence than he is getting himself on base. In the opening series against the Marlins, Meadows hit safely in all three games, which is a big plus. However, two of the three hits were home runs, and he struck out four times, which is not what you want from your leadoff hitter.

Other than Brady Anderson in 1996, leadoff hitters aren’t power hitters and should not be power hitters. Meadows has hit in either the No. 1 or No. 2 spot so far in each of Tampa Bay’s three games this year, but there’s a reason that the Rays weren’t exactly lighting the world on fire with their offense during the Marlins series. Tampa Bay needs to get more guys on base if it expects to have any real success.

Cheap home runs could be part of the equation here, as the wind is blowing 14 miles per hour northwest to the first-base side. That could mean multiple home runs down the line to Pesky’s Pole, as the 302-foot fence won’t keep much in the park.

Boston is a bad team that’s going nowhere this season, and Tampa Bay will likely look to get some frustrations out after they gave up 12 to the Marlins in their series finale in Miami. The Red Sox don’t have the hitting needed to stay with the Rays, and the pitching looks like it could get shelled again. With these two starters on the mound, a lot of runs could be scored. Give me the Rays here, with the over also looking strong. Boost your baseball betting bankroll HUGE by taking advantage of a 100% REAL CASH BONUS on your first deposit of $100 to $1000 at BetNow!